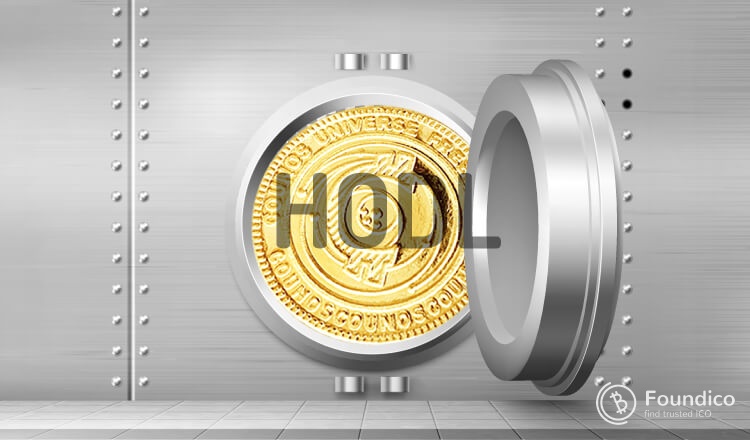 People who have Bitcoin are those who own it in terms of HODL. This essay aims to throw lights on incorrect Bitcoin prices under the effect of HODL. But first and foremost, the meaning of this term has to be understood.

Its creation goes back to 18th Dec 2013 when a drunk person in his Bitcointalk Forum mistakenly typed the familiar word HOLD as HODL, which did not mean "to save" obviously.

What is the definition of this term? When Bitcoin is being kept for a lengthy period so that its value can be added up, we say it has been HODLed. Hoarding is an exact expression which depicts the time when goods are stocked for price augmentation. Keeping any goods in huge numbers, which lead to a considerable shortage of supply, would make it pricey which is what happens similarly to market rigging. Again, those who own the Bitcoin network can increase Bitcoin price through a manipulated decrease in its supply by this strategy.

This theory goes in the direction of production of a price bubble when those who are daring enough to invest in overpriced goods would be looking for peers who are ready to buy the same goods even with a higher price in the long run. One thing is clear and that is the amount of current price bubble which is under the influence of getting expanded by the hoarded Bitcoins. But at the same time, it makes it a fragile price bubble for which any act of supply on behalf of any hoarders at any time can lead prices to slump sharply in the market and therefore makes the price bubble unstable and ready to burst.

It is possible to think about Bitcoin from another aspect, too that this can lead to fake Bitcoin worth in the market. But the question is how this can be achieved? The answer is by examining the calculation of Bitcoin value.

On 26th Oct 2020, the rate multiplied by the number of goods resulted in the calculation of the market value of Bitcoin. It is noteworthy that the circulation of 18,526,743 Bitcoins was based on the price of each Bitcoin as $12,997.09. Total market value is based on the multiplication of the 2 above-mentioned numbers. But to gain the real Bitcoin market value, subtraction of the Bitcoins, which are HODL from those circulated Bitcoins, must be done. So, the number of hoarded Bitcoins out of circulated Bitcoin must be first determined.

A noticeable amount of 1.8 million Bitcoins had no transference since their generation. It is good to know that from this 10% of total Bitcoins, only one million Bitcoins are owned by Satoshi Nakamoto, who is the unknown creator of Bitcoins.

On the flip side, 10,545,000 Bitcoins, which is 57% of total Bitcoins, have been suspended with no transaction for almost a year due to hoarding. A further amount of 93% of Bitcoins had been kept suspended as well, without any buying or selling during the last two weeks.

Working out these numbers shows:

So, 16 billion dollars instead of 240 Billion Dollars is the market value. However, once any of the crypto whales that have hoarded a huge amount of Bitcoins decide to import some of their Bitcoins in the market, endanger the prices stability, and drop them down sharply, leading to an alteration in the above-done calculation as well.

Motivating people to hoard as many Bitcoins as they own creates a fake price for Bitcoin and reflects its influence in the market. The miscalculation is expected for those newly joined to this arena with no knowledge about all these unrealistic numbers. In reality, given that these numbers are added to cryptocurrencies' table of numbers, Bitcoin can stand not in the first, but the fifth grade.

Currently, Bitcoin holders encourage the newly joined members to hoard a minimum sum of their Bitcoin. Falling back on the amount of Bitcoin and the total number of humans currently living, a number will be defined for that sum of hoarded Bitcoin (0.002625 Bitcoins is the result of the division of twenty-one million Bitcoins by eight billion human population). But why this cryptocurrency is being hoarded, should be answered by considering the hoarding activities done due to the propaganda of Bitcoin holders.

Consequently, a few opportunist hoarders tend to gain high prices through hoarding these fancy goods by strategies and do not let it be a feasible means as electronic money in business transactions to be used by the ordinary people in general. Having found out about this fact puts the Bitcoin holders' assertion about the feasibility of its use in business transactions by most people in a state of ambiguity. Unless another cryptocurrency comes into existence, Bitcoin cannot be considered as electronic money in its present shape.