A Complete Examination of NFTs 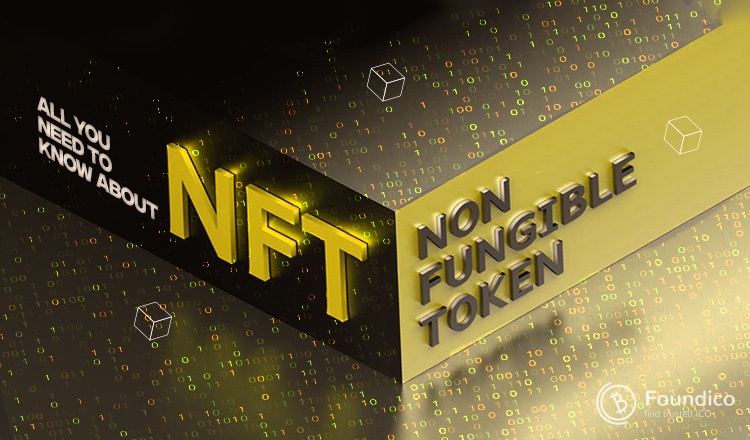 NFTs are taking the world by the storm. There is a great degree of hype and social media chatter surrounding them. To both professional and novice traders, they might seem like an amazing investment opportunity or even downright absurd. This wide ranging perception with regard to these digital assets is indicative of the fact that most people have yet to realize their full potential. In this article, NFTs will be brought under the full spectrum of a detailed analysis.

What Is an NFT?

NFT, which is short for a non-fungible token, is a digital asset that is exploding at the moment. NFTs are being sold for prices as high as millions of dollars. These digital assets can take almost literally any form, but mostly art, or rather anything that would be construed as art; as such they could include anything from pictures, paintings, music, gifs, to things like tweets and gaming collectibles.

Perhaps the two most prominent features of NFTs are that their price and value is completely subjective and also the fact that they are purported to be completely unique.

These non-fungible tokens are traded with the help of cryptocurrencies and, as mentioned earlier, could encompass a wide array of assets. One move in the NFT world that really caught the attention of the general public a couple years ago was the purchase of founder of Twitter, Jack Dorsey’s very first tweet.

These have been the questions that most come up with the topics of NFTs ever since they came to fore.

The main reason that can be argued as an answer is that NFTs offer a unique and private form of authentication for ownership over something. So, when someone owns something, whatever it may be, they have a verified and legitimate proof to show their ownership.

History and a Deeper Look

When did exactly NFTs come to occupy the financial hype status? Well, the so called non-fungible tokens have been around ever since the year 2014. Back then, they were mostly used to collect and trade gaming collectibles.

But in the last couple of years, they gained a substantial amount of traction in the buying and selling of artwork, especially the digital kind. In fact, this traction has continuous getting stronger, so much so, that in 2020, the global NFT transactions went over 300 million dollars.

So, an NFT is a collectible digital asset that could come in the form of music, video, art, gaming collectibles, etc. So, in essence, they are considered to be assets for investment.

The special feature of NFTs compared with other cryptocurrencies is the extra amount of information that they can carry. So, even though there are many different kinds, they can, for example, be a music file or a digitally rendered artwork. So, basically, they can hold any form of valuable data that can be stored digitally. In this case, instead holding the physical version of the Mona Lisa, you will receive a JEPG file of a unique painting.

But what exactly would be the different between your especially owned NFT JPEG file compared with any other JPEG copy on the internet?

The point here is that NFTs carry with them unique identification and authentication codes. These codes manifest a token that has digital scarcity. This is exactly the opposite of all the digitally rendered creations that can be found all over the internet. This scarcity and limited supply is what gives NFTs their value.

So, when you have an NFT, even though other people can just as easily access it simply by Googling it, you are its rightful, legal, and legitimate owner; and so to speak you have the bragging rights over the item. Something that literally no other person on earth would have. Thus making NFTs a tamper-proof, unique, and valuable form of ownership. 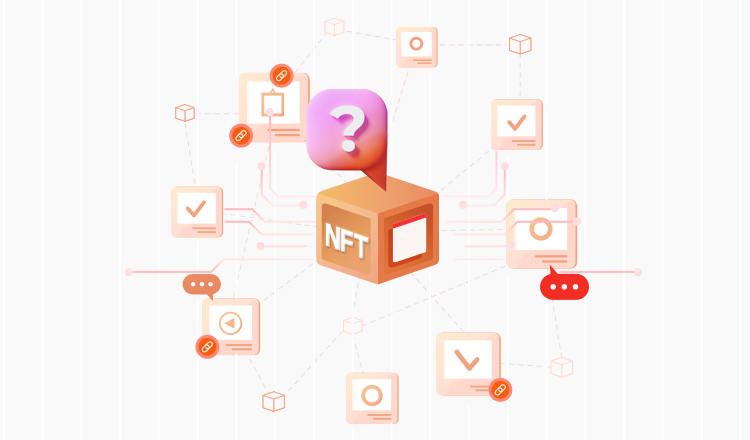 Much like any other recorded crypto transaction, NFTs are also units of data that are stored on a digital ledger or otherwise known as a Blockchain network. But, as pointed out before, these bits of information do not merely hold financial transaction information. Indeed, they can hold any kind of extra information, taking the form of video, music, GIF, JPEG, etc.

NFTs are purchased and sold off like any other artwork or asset. As such, various factors in the market, including scarcity, rarity, supply, and demand regulate their value and price.

For instance, some of the most popular NFTs are bought and sold in marketplaces that implement the Blockchain network of Ethereum. So, when you purchase an NFT, the information relating to this purchase and transaction are all recorded in the Blockchain network of Ethereum. That is precisely what makes the owner of the NFT distinct from any other use who would merely right click and save the file.

All in all, it can be said that NFTs are like a form of cryptocurrency transaction that is recorded on a digital, public ledger or a Blockchain network. But with the difference that they cannot be traded or exchanged one by one or at equivalency.

The Difference Between NFTs and Cryptocurrencies

So the non-fungible tokens and the cryptocurrency are all based on the very same technology – Blockchain. The technology that has been taking the world by storm.

So, as we know, the Blockchain technology offers a public ledge on which information and data related to transactions can be recorded. This can be done in a way that the records are unchangeable, tamper-proof, completely transparent and all around fully safe and secure.

Both the NFTs and the cryptocurrency implement this technology to records their transactions.

So if both of them are recorded on the Blockchain, what is the difference between NFT and crypto?

The most important distinction between these two is the notion of fungibility. Cryptocurrencies can be traded and exchanged with one another denoting the same value or equivalency. But as we have already seen in this article, NFTs are not tradable one-by-one sine they lack equivalency like cryptos.

And that is the difference between these two.

The Application of NFTs

There are various advantages in using NFTs and the technology pertaining to it as a whole.

For starters, now with the help of these tokens, all artists can easily monetize their work. Something that would have been inconceivable before. Since they had to go through the conventional monetizing process, most probably having to go through a third party agent that benefits from commissions.

However, now with the help of NFTs all artists, not matter how professional or amateur, can sell their work on their own without any intermediary directly to the customers.

In addition, an unprecedented degree of privacy and assurance has been provided for the artists. Prior to the Blockchain era, it was evidently and clearly not unheard of for artists to be beret of the rights to their work. A clear example would be Margaret Keane, who did not enjoy the full benefits of her work until much later due to her work basically being plagiarized and stolen.

But with the help of NFTs artists can own the rights to their artworks like never possible before. The full information of the creators in addition to the new owner can be recorded in the metadata of the NFT, which could include the signature of the creator, or any other data.

So NFTs are empowering artists and content creators in a way that has never been possible up to this point. But this is not where the functions end. As metaverse is becoming bigger and bigger, NFTs are gaining a much more important role, as a very serious and legitimate method of investment and also transferring ownership over value. 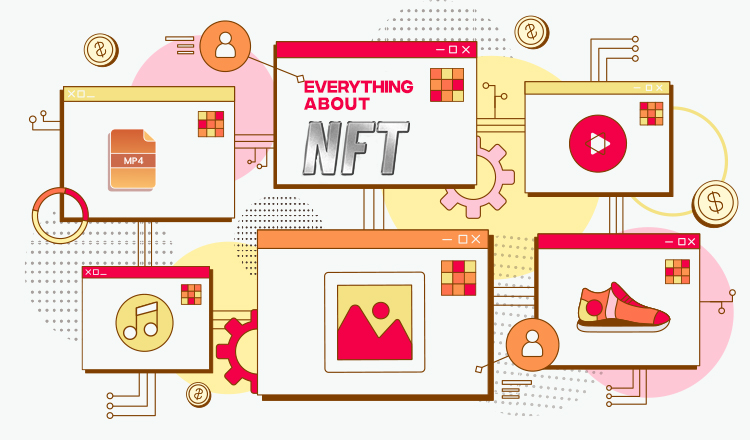 With all the benefits and advantages tied to the non-fungible tokens, there are a lot of controversies surrounding these tokens.

One of the major criticisms posed toward the NFT world has to do with environmental factors. Since creating an NFT requires a huge sum of energy and electricity, the generation of which, in turn, requires a great deal of non-renewable natural resources.

There have been some murmur as to when NFTs can become carbon neutral. But still, the verification and authentication process of these tokens still heavily rely on proof of work algorithm, which of course, consumes a vast amount of energy.

The environmental factors are among the reasons why some are holding back from entering the market. But there are also some risks that are linked with NFTs.

Just like any other form of investment, NFTs can also be very risky. The value and price of these tokens are never guaranteed. No one knows if they might go down; especially as demand and attention is increasing, which in turn would increase the supply to a great degree. In addition, authenticating and verifying whether you are purchasing the NFT from the original creator can be a difficult task.

The Future of NFTs

Everything considered, the road ahead of NFTs seems rather uncertain. Some say that at any moment this trend could end. At the same time, it may not even be a trend, and actually become the next big thing in the world of investment. Especially with as metaverse is growing ever larger.