A More In Depth Look on Initial Exchange Offerings 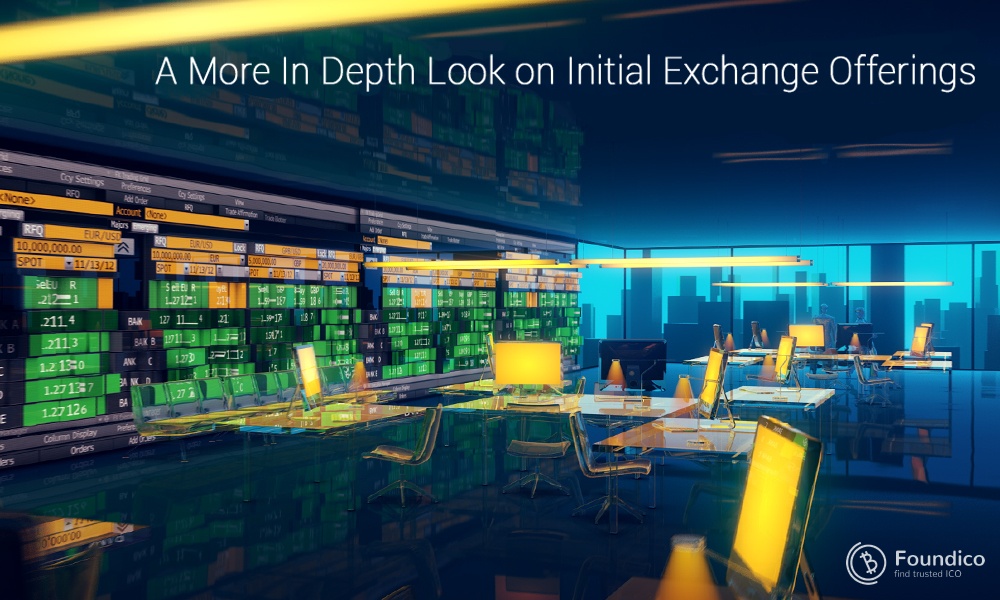 For over six years in the cryptocurrency world, when it came to fundraising strategies for businesses and individuals, the concept of initial coin offerings took the front seat. All a business or a team of individuals had to do was conceive an idea, set up a smart contract, state the terms of their token, publish their white paper and offer their tokens to the market. For a while, this was immensely successful with billions of dollars being raised via ICOs. However, in time certain disadvantages surfaced such as the presence of tons of fraudulent ICOs that left investors with great losses and the difficulties genuine projects had with funding exchange listings and marketing. Due to such pitfalls and difficulties, the concept of Initial Exchange offerings was birthed and it is an impressive improvement on ICOs. Here we would be discussing all you should know about IEOs and how to actively participate in it.

What Are IEO And How Do They Work?

The developers have received their request for tokens would place the tokens they intend to sell on the exchange and the contributors would purchase those tokens by first opening individual accounts on the exchange. They would then make their purchase by using reputable cryptocurrencies in place of money. So bitcoin, Ethereum or any other cryptocurrency would be deposited by them in their respective exchange accounts and the exchange being the middle man would sort out the rest by sending cryptocurrencies to the developers and tokens to the contributors.

This way fraud is avoided because the exchange would have thoroughly researched the project before distributing the tokens and blockchain project developers would also be sure that the investors are real. The project also gets a vote of confidence by the public due to the fact that they are backed by a major exchange. Lastly, marketing and listing fee that ordinarily cost millions of dollars in ICOs are reduced in IEOs because the exchange does all the marketing using their social media and websites. Having covered that, let's look at how IEOs began and what the future has in store for them.

The History Of IEOs And Future Developments.

The first Blockchain project that successfully ventured into IEOs was Binance. It commenced its token launchpad platform in 2017 and the first projects that successfully came through the launchpad were Gifto and Bread. Each pulled in 3.4 million and 6 million token sales respectively. Consequent to their success, Celer Network, BitTorrent Inc, and Fetch.ai launched their tokens and they raised 34 million dollars, 7.2 million dollars, and 6 million dollars respectively. In line with the above, the exchange mainly receives BNB utility tokens as payment. So if you are interested in purchasing tokens for any project already launched or soon to be launched, then you should rack up BNB.

Further down the line in 2019, a number of exchanges being inspired by the successes of Binance launchpad began their own token startups. Some of such exchanges are Okex and Bitmax. Okex which is a Malta anchored crypto exchange introduced its program known as OK Jumpstart. It focuses on assisting early entrepreneurs and projects with high potentials. Bitmax on its part announced its launchpad program by offering its investors a decentralized oracle service also known as DOS. With the immense potentials in IEOs and the millions of dollars already raised through them, there's no doubt that IEOs are the hottest things in cryptocurrency right now.

So how do you as an individual or contributor join the trend and partake in IEOs?

How To Partake In IEOs.

Secondly, identify the exchanges that will participate in the IEO. It can be one or more exchanges, depending on the project developers.

Fourthly, make inquiries on what cryptocurrencies the Blockchain project developers would accept as sufficient payment for their tokens.

Fifthly, find out the dates that your IEOs would be launched and prepare to propose a payment on the tokens when the day comes.

With these, you should have a smooth entry into IEOs although some exchanges and projects may tweak the steps slightly depending on what they want.

On a final note, the concept of initial exchange offering has been a welcomed development to the crypto scene. They are a much more secure and affordable avenue for fundraising by businesses and blockchain project developers. They also protect investors from fraudulent project developers as every reputable exchange thoroughly investigates the IEOs before going on to distribute its tokens. Also, the exchange benefits from IEOs because with each successful project, its reputation is enhanced, its investor base grows and subsequent blockchain projects are likely to involve it. So it’s a win on all sides. With such potentials, pretty soon everyone would be forced to swap ICOs for IEOs.