All There Is To Know About Smart Contracts 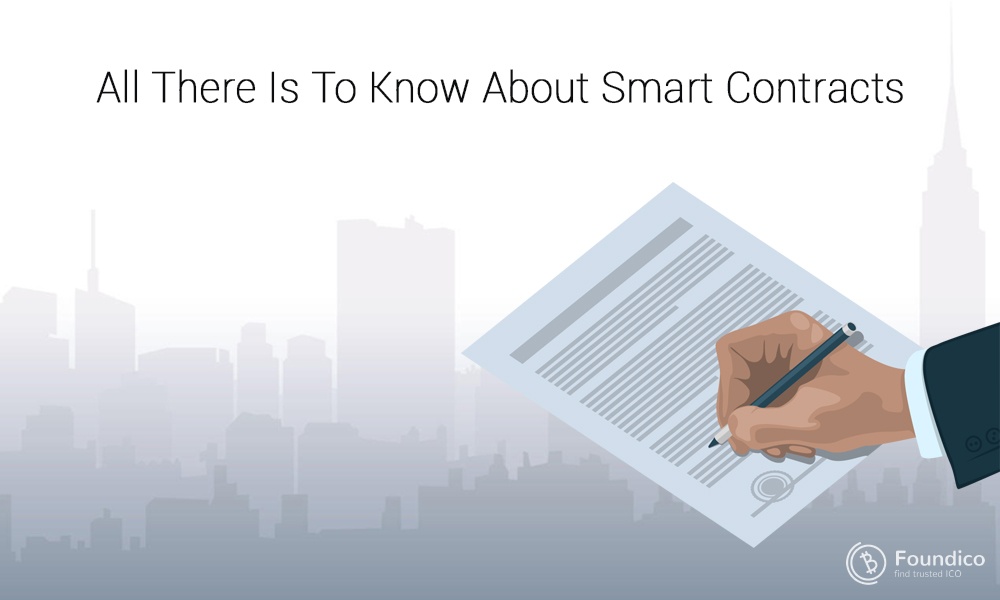 Just when we thought we understood all there is to understand about cryptocurrency, in came smart contracts created by Nick Szabo, In the year 1996.

The first publication of this concept was in 1996, however, it’s official launch and implementation in the crypto scene was in 2009. With that said, smart contracts stand as a concept that is completely revolutionizing the way we transact on the blockchain network. What then is a smart contract? To give you the most basic explanation, when we talk about smart contracts we are simply referring to a decentralized application on your blockchain network which functions solely to make transactions open and transparent to every party involved. Sounds pretty good already right? So in this article, we would be taking a detailed look into the function of smart contracts.

An Example To Get Us Started.

If there has ever been a time when you faced the need to sell off the property or a piece of expensive jewelry or pretty much any asset, you would know that it’s a daunting procedure. There's the stress of paperwork, the need to meet and interact with various people, some of which may not be trustworthy, and several other risks. Now if you decide to appoint a middle man, to sort out the entire process on your behalf, there is the fact that your agent would upon completion of sales, receive a percentage of the entire sum thereby leaving you with less than you hoped for. To rectify situations like this, smart contracts were created. Smart contracts were designed on the principle of if-then principle. This simply means that when engaging smart contract, only when the buyer pays into the system the entire sum of what was up for sale, would the owner of what was paid for be transferred.

Furthermore, smart contracts store the money and the ownership rights on the system and send these rights to every participating party at the same time. When that's done, the contract would also be visible to hundreds of other people, so there would be nothing like a faulty delivery and the parties would have no need to second guess the trustworthiness of each other.

So What Then Is Smart Contract?

As said earlier, smart contracts is simply a decentralized application on your blockchain network which functions solely for the purpose of making transactions open and transparent to every party involved and to hundreds of other individuals not directly connected to the agreement.

Uses Of A Smart Contract.

Smart contracts are useful for diverse things such as economically contouring business processes and avoiding the wait for consents, exchanging property, money and other assets, keeping a track of inventories, fighting cancer, properly managing your personal data and automating the payment of dividends. They are essentially useful in sectors of the society such as real estate, media, energy, finance, healthcare government, and even entertainment.

Smart contracts have a wide range of merits. First things first, it helps you proceed and fully control the agreement process because, with it, you don't exactly need a third party. Secondly, with smart contract, there is absolutely no possibility of theft of money or documents as these are securely preserved on a book of account which is sent to every party to the agreement.

Thirdly, smart contracts cannot be breached as they feature complex cryptography. All that's needed is that each party implement it in the proper way.

Fourthly with the fact that middlemen are dispensed with when completing a smart contract, funds which would have been paid to them are consequently saved by the parties.

Lastly, smart contracts are incredibly time-saving. This is because all the documentation is completed and sent to parties with the aid of the system Having said that, let's consider the objects that make up smart contracts.

Every smart contract must be comprised of three components.

In order for agreements within a smart contract to function effectively, certain environmental conditions must be met. Firstly there must be public key cryptology. This would equip users to sign off the database with the use of cryptographic codes that are radically distinctive.

Secondly, a deconcentrated blockchain environment such as the ethereal blockchain must be used and a transparent and fully machine controlled decentralized database must also be used.

Lastly, the digital information that makes up the smart contract should be one of a reliable source. So connection protocols the likes of SSL and HTTPS which are secure and are famous in today's software should be used.

On a final note, smart contract though being young have a tremendous amount of potential. All that's needed for them to be engaged maximally is that parties should adhere strictly to the environmental conditions and the components. With that done, the advantages of a smart contract can be accessed.