All You Should Know About Initial Exchange Offerings 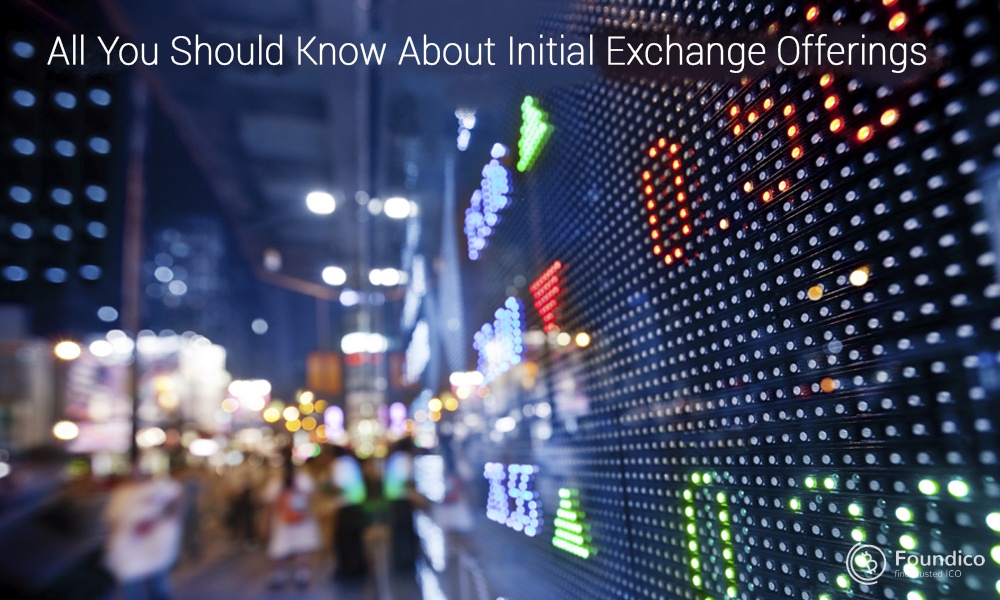 When it comes to the cryptocurrency world, it's been nothing but a goldmine to investors and the team behind related blockchain projects. In line with such wealth creation abilities, since 2013 we have known initial coin offerings to be the primary crowdfunding source for blockchain projects, over 1,500 ICOs have been generated and billions of dollars have been raised. So we can indeed say that ICOs were potent. They however have a shortcoming of being ridden with fraudulent projects most of which successfully left investors with their fingers burnt. In order to chart a new course and handle such shortcomings of ICOs, the new and improved initial exchange offerings were created. It can be termed the hottest thing in the cryptocurrency world right now as it generates funds for blockchain project developers and returns for investors also known as contributors, while also profiting the exchange. Having said that, in this article, we would be taking a deep look into the concept of IEO and how it works.

What Is Initial Exchange offerings?

Just like ICOs, IEOs is a fundraising method for blockchain projects, the difference, however, is that it relies on a set of exchanges or exchange and the counterparty is mostly the exchange. For an IEO to effectively work, there must be a blockchain project developer who is in need of funds, the contributors which are basically investors willing to fund the project for good returns and a third party known as the exchange which is the go-between. Having laid that out, let's take a look into how IEOs work in practice.

IEOs can be regarded as the improved version of ICOs and it works between three parties. Blockchain project developers who need funds to fund their project reaches out to prospective investors with their plans and the reliability of the blockchain project. Developers who are impressed and are willing to fund, make a request of how many tokens they would be interested in and the developers go back to mint those project tokens. At this point, a third party steps in to facilitate the process and it must be a reliable exchange. The developers send the minted tokens to the exchange and the contributors who requested these tokens create individual exchange accounts and put reputable cryptocurrencies, the likes of bitcoin and Ethereum in them. Upon such Cryptocurrencies being deposited, the exchange then gives them the requested project token and the cycle is complete.

You should also know that the developer and the exchange operate by strictly following the terms of a binding agreement between them. Such terms can include the price of each token and the amount of cryptocurrency that can be given by each contributor.

With the birth of IEOs into the cryptocurrency scene, it has been found to be of tremendous benefit and success. Let's look at its advantages.

What Are The Advantages Of Initial Exchange Offerings?

IEOs have proven time and again to be of importance to developers, contributors, and the exchange. It draws its inspiration from financial security trading and ensures that the offering process succeeds without a hitch.

For starters, the exchange in an IEO being desirous of protecting its reputation protects the interests of the contributors by ensuring that Initial Exchange offerings are reliable and not just get rich quick scams. They perform a due diligence check and ensure that every IEO passes its selection process which we must say is very competitive and stringent.

Secondly, IEOs which successfully pass the exchange selection process build a reputation for themselves of being reliable, hence contributors would feel safe investing.

Thirdly, the exchange offers publicity and makes the listing easier. Due to the fact that developers make use of the exchange, they are quickly seen by current exchange members and they also enjoy the marketing campaigns of the exchange. Additionally, the IEOs having passed the initial offering stage of the exchange are given access to free and easy listing.

Fourthly, exchanges which see IEOs through to success are given access to new and possibly exclusive markets. The exclusivity of the market, however, depends on the power of negotiation which the exchange possesses.

Fifthly, the possibility of manipulating prices in an Initial offering is eliminated. After the funding round, sell off occurs through a regulated process. So, investors cannot seek quick profit by cashing out swiftly and massively. IEO projects are therefore given room to thrive.

Having said that, let's take a look at why IEOs are interesting for investors.

Reasons Why Initial Exchange Offerings Are Interesting For Investors.

IEOs are the hottest thing in the crypto market right now and for investors, the reason is not far-fetched. The concept and process of Initial Exchange Offerings rules out the possibility of fraud and ensures the security of the investors. This is made possible primarily by the exchange which in order to keep its reputation clean, performs due diligence on the IEO projects before making it possible for contributors to trade in their cryptocurrencies for project tokens. As an advantage, this keeps such investors readily interested in the exchange.

On a final note, as an entrepreneur or a company, raising funds for your project can be undoubtedly daunting. To alleviate the situation crowdfunding methods were created such as Initial Coin Offerings. However, due to the shortcomings of such ICOs especially with regard to the fact that investors continually fell victim to scams, IEO was launched into the crypto scene. This completely revolutionizes fundraising for blockchain projects keeps investors safe and their returns guaranteed.

Republic Note Starts on 16.07.2020
Tranquility Hospitality ITHA Starts on 01.08.2020
Originate Coin Date is TBA
GSX Distribution Date is TBA
Rising Coin Ends on 17.07.2020
By using this site you agree to the Privacy Policy.