Crowdfunding And ICOs: What The Future Has In Store 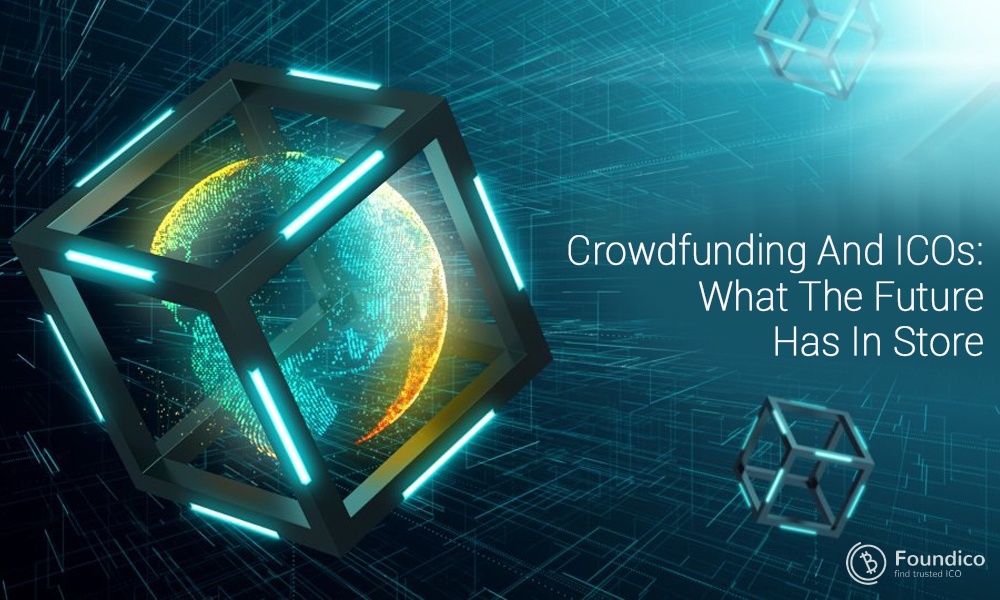 Over the years, businesses, companies, and venture capitalism has experienced continuous increased growth which is sustained by existing technologies and new ways of raising funds. By virtue of the fact that obtaining finances and loans from the banks and other financial institutions is no longer a walk in the park, businesses and companies alike have had to turn to several technologies for funds. Two of such technologies are ICOs and crowdfunding. In line with that, these technologies have revolutionized the business and investment world. To help you better understand these concepts, discussed below is an analysis of ICOs and crowdfunding and what the future has in store for them.

What Does Crowdfunding Entail?

Since banks and other financial institutions are not exactly easily supporting small and medium-sized businesses with loans and funds, these businesses have found solace in crowdfunding. In the simplest terms, crowdfunding is the act of raising funds for your business or projects. This is done by reaching out to individuals who are genuinely interested in supporting your dream in return for no reward or for a slice of the pie. Such a reward can be a service, an end product or a thank you. It is all dependent on the sum of the money pledged. That said, in crowdfunding, you are the captain of the campaign, and so you can steer it in whatever direction you desire.

What Does ICO Entail?

Initial coin offerings are the method by which companies and virtual capitalists find a way around the stipulated mode of raising capital. Cryptocurrencies such as bitcoin and Ethereum are tools engaged towards raising the necessary funds. As a founder of a start-up company, you can set a desired goal for the ICO projects you venture into. However such goals should be anchored on fixed token prices which cannot be changed during the course of the initial coin offerings. Due to this, the token supply should be regarded as static.

In line with the above, crowdfunding and ICOs are set in place solely to impact businesses. Having considered it's a concept, further discussed is the influence it has had in past times, and it's foreseeable future impacts.

The Evolution Of Crowdfunding And ICOs:

In the year 2015, a worldwide estimate of more than34 billion dollars was obtained through crowdfunding. By 2016, Blockchain technology and the cryptocurrency economy made available huge opportunities for businesses to invest and raise funds. Due to these opportunities made available, initial coin offerings experienced an incline. Ethereum, for instance, is a cryptocurrency based project that pulled in 18 million dollars in ICO and an average of a billion dollars in market cap. By 2017, the level of venture capital investment in Japan, Europe, China, Canada, Israel, India, and the United States amounted to an average of 161 billion dollars. In the same year, the crowdfunding market on its part was averaged at 50 billion dollars out of which an estimate of 6.7 billion US dollars was generated through initial coin offerings. That said, in this year 2018, crowdfunding has further piloted. Crowdfunding by itself is ranked as one of the most well-known investment opportunities for startups today.

What The Future Has In Store For Crowdfunding And ICOs Projects:

Following the upsurge of crowdfunding and initial coin offerings in previous years, these capital raising investment platforms (especially crowdfunding) are predicted to experience a momentum in future years. In line with that, in recent times, the World Bank Group stated that worldwide investments in crowdfunding will attain 93 billion dollars in the year 2025. This prediction is said to be way higher than funds derived from standard traditional capital raising platforms for small and medium-sized businesses or companies. However, despite such predictions on the possible increase in funds derived by crowdfunding, ICOs predictions, on the other hand, does not look encouraging.

Initial coin offerings experienced a number of failed launches in 2018. These failures would go a long way in hindering the creation of ICO funded products. The crash is predicted to lead to the market being reevaluated and future cryptocurrency based investment projects being carefully analyzed. As a matter of fact, the founder of Ethereum, Vitalik Buterin is convinced that an estimate of ninety percent of present ICO projects will collapse. This he says would lead to the creation of higher tokens 2.0 from 2018 to 2019.

That said, the decline in ICO projects is blamed on several things which narrows down to the absence of due diligence. To correct the wrong, initial coin offerings have to include certain important elements. These elements cut across a number of things such as protecting token buyers from being defrauded, examining the viability of the businesses involved, examining the abilities of startup founders to execute the business plan and ensuring that the company efficiently uses the raised capital. There are also the needs for transparency in the business plan of such startups, the existence of a well-defined legal framework for parties involved and there is the need for escrow which pertains to stating if the funds raised is allocated to be used in activities which will further the completion of the business plan.

It’s no news that cryptocurrency based projects such as initial coin offerings and crowdfunding have impacted businesses and companies alike by easily providing them with funds which would not have been readily being granted by banks and other financial institutions. However, future predictions and estimations for initial coin offerings are a far cry from satisfactory. Despite these predictions, ICOs and companies looking to raise funds through ICOs can realize their goals if they exercise due diligence in every project. Discussed above is all you need to know about crowdfunding and ICOs as well as what the future has in store for them.