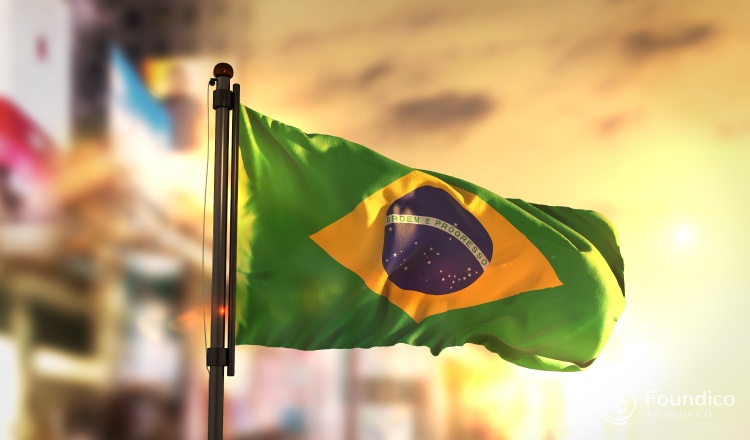 Brazil is the largest country in both South and Latin America, formally known as the Federative Republic of Brazil, with a land area of 8.5 million square kilometers (3.2 million square miles) and a population of over 211 million people.

On the east, it is bordered by the Atlantic Ocean. Except for Ecuador and Chile, it shares borders with Uruguay, Argentina, Paraguay, Bolivia, Peru, Colombia, Venezuela, Guyana, Suriname, and French Guiana.

Its Amazon basin is home to a large tropical forest with a wide range of species, ecological systems, and natural resources spread across various protected habitats. Brazil is one of 17 megadiverse nations, and its unique environmental history has piqued global interest.

As a result of environmental destruction caused by processes such as deforestation, global problems such as climate change and biodiversity loss has happened.

Brazil is South America's most dominant economy, with extensive agricultural lands and tropical forests, as well as vast natural resources and a large workforce. 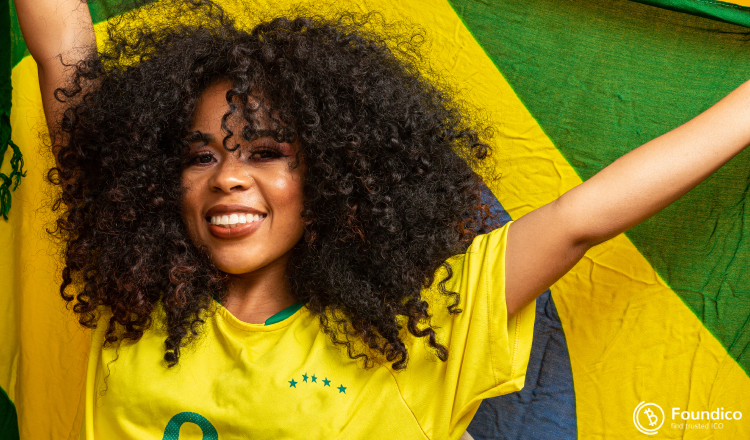 Before the first Portuguese tourist, Pedro Alvares Cabral arrived in Brazil in the 16th century; the semi-nomadic population is thought to have existed in Brazil for at least 10,000 years. The Portuguese settled in the country for the next three centuries, first searching for the Brazil tree (Po Brazil), then sugarcane, coffee, and gold mines.

The human population of the colony was initially made up of Brazilian slaves, American Indians, and after the year1550, mostly Africans.

In 1808, Queen Maria I of Portugal and her son and viceroy, the Sixth John of Portugal, fled to Rio de Janeiro with Napoleon Bonaparte, the army of the First French Empire, along with the royal family nobility and government. This was the only case of a royal family moving from one continent to another.

Brazil was a colony of the Portuguese Empire and is the only country on the American continent whose people speak Portuguese. Brazil is a multinational country with a population of European, American, African, and Asian races. The country's main religion is the Roman Catholic Church.

In the 1960s and 1970s, the military overthrew elected, and civilian governments in many Latin American countries, and the military seized power for decades. The Brazilian army, backed by the privileged and middle-class people, which was small at the time, aimed to confront the ruling of left and socialist parties, because the left-wing revolutionaries in the sixties and seventies also wanted to overthrow the ruling system by violent methods. According to statistics, at least 400 people were killed, and thousands were imprisoned and tortured during the 21 years of the Brazilian military dictatorship. 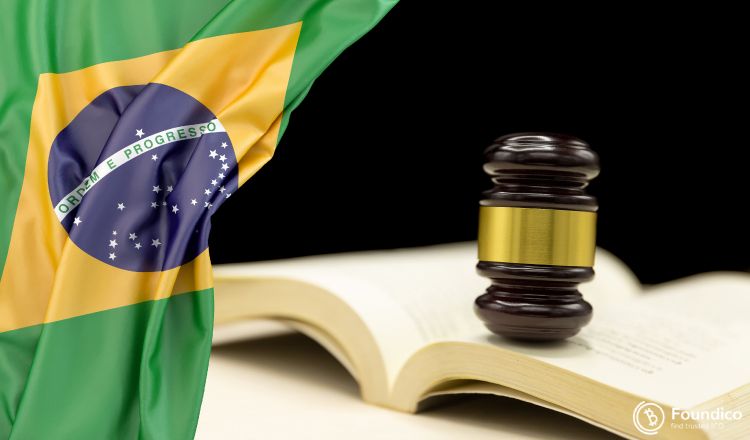 Former Brazilian President Dilma Rousseff, who was deposed by the people in 2016 and replaced by Michel Tamer, was among the left-wing activists arrested at the time. The British taught some of these tortures to the torturers.

All people and groups who committed acts of violence were pardoned and exempted from prosecution and punishment under the General Amnesty Act of 1979. Brazil's government has been regarded as a democratic government since 1985, and this status was affirmed in all polls conducted in 1993.

Voters were asked to choose between the presidency and parliament in the referendum, and they voted against the monarchy's return.

Brazil has more PPP (purchasing power parity) than any other Latin American country due to its large and developed agriculture, mining, manufacturing, utilities, and workforce, making it the region's economic power. The country has been increasing its presence in global financial and commodity markets.

According to IMF statistics, Brazil's Gross Domestic Product (PPP) per capita in 2017 was $15,919, placing it in the 77th position. Brazil has a labor force of over 107 million people employed in agriculture, mining, manufacturing, and services (ranking 6th in the world) and 6.2 % unemployment (ranking 64th worldwide).

Brazil has Latin America's most advanced manufacturing market. Brazil's industries include the automobile, steel, petrochemical, electronics and aircraft, which account for one-third of the country's Gross Domestic Product.

Brazil has a large service industry as well. The banking sector accounted for 16% of Brazil's GDP in the early 1990s. Even though Brazil's financial services sector has undergone significant changes, it continues to offer a diverse range of products to local businesses. It is attracting a large number of new companies, including financial firms from the United States.

The stock exchanges of Sao Paulo and Rio de Janeiro are merging. 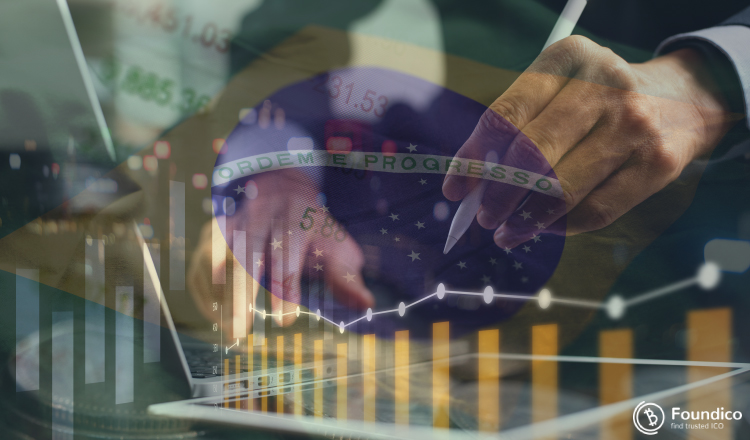 Brazil is the largest producer of sugarcane, soy, coffee, oranges, guarana, and kernels. Bread, papaya, tobacco, pineapple, banana, cotton, peanuts, coconut, watermelon, and lemon are among the top five crops grown. It is one of the top 10 producers in the world of cocoa, peanuts, avocados, tangerines, persimmons, mangoes, guava, rice, sorghum and tomatoes.

It is one of the top 15 producers of grapes, apples, melons, peanuts, figs, peaches, onions, palm oil. It also grows a lot of potatoes, carrots, strawberries, wheat, and other crops. A portion of the production is exported, while the remainder is sold on the domestic market.

In 2010, corruption cost Brazil nearly $41 billion, with 69.9% of the country's businesses citing it as a significant impediment to successfully entering the global market. Local government corruption is so common that voters only see it as an issue when it reaches certain levels and when a local media outlet, such as a radio station, is present to report on the results of corruption charges. 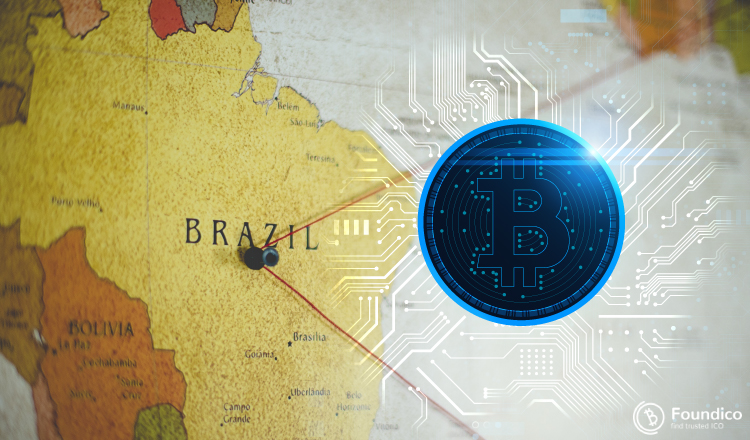 Regulation of Cryptocurrency in Brazil

On November 16, 2017, the Brazilian Federal Reserve Bank (Banco Central do Brasil) issued a notice alerting citizens to the risks arising from the custody and trading operations of virtual currencies. The notice stated in part as follows:

1. Considering the growing interest of the economic agents (society and institutions) in so-called virtual currencies, the Brazilian Federal Reserve Bank warns that these are neither issued nor guaranteed by any monetary authority, so they have no guarantee of conversion to sovereign currencies, nor are they backed in real assets of any kind, being the entire risk of the holders.

3. So-called virtual currency is not to be confused with the definition of electronic

money referred to in Law 12,865 of October 9, 2013, and its regulation by means of normative acts issued by the Brazilian Federal Reserve Bank, according to the guidelines of the National Monetary Council.