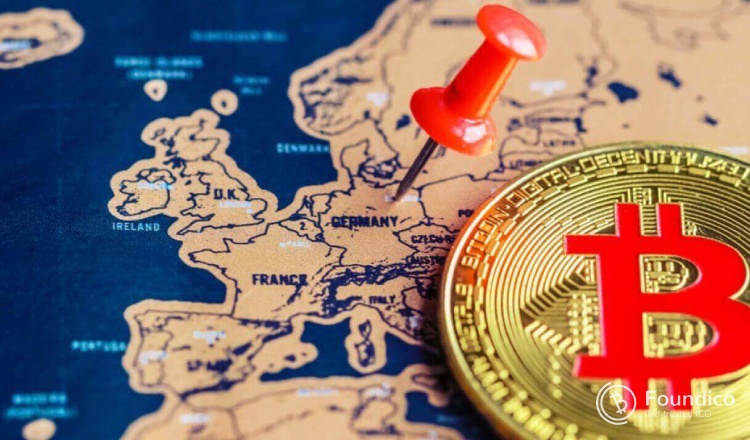 An Introduction to Germany

Germany is a country in Central Europe that is officially known as the Federal Republic of Germany. Berlin is Germany's capital and its most populous city. It is bordered on the north by Denmark, on the east by Poland and the Czech Republic, on the south by Austria and Switzerland, and on the West by France, Luxembourg, Belgium, and the Netherlands. It spans 357,022 square kilometers, with a population of over 83 million.

Neanderthal humans were the first humans to live in what is now called Germany, between 130,000 and 230,000 years ago. The first civilized people to settle in Germany were the Romans. Germany did not have a strong government until 800 AD, and it was often occupied by its neighbors. Charlemagne (the father of the Holy Roman Empire) was able to unite the countries of Rome in this year, but the coalition was short-lived. The territories he ruled were divided into three kingdoms, one of which became present Germany. King Ludwig of Germany was the first German-speaking king in the land.

Since then, the inhabitants of this land have been recognized as German by other nations. This period was followed by the reign of the Holy Roman Empire, which spanned most of the Middle Ages, with the rise of the Catholic Church.

One of the most significant events of that period was the rise of the Protestant Church and Martin Luther. Then in the early nineteenth century, the Prussian Empire was formed from the unification of the German territories in the Congress of Vienna. The emperor was forced to resign after World War I ended, resulting in the Weimar Republic, which lasted until the rise of fascism. As the economic situation in Germany deteriorated after World War I and racism spread, the Nazi Party came to power. It ruled the country until the end of World War II and the defeat of Germany. Following World War II, Germany was divided into East and West, until 1990, when the Federal Republic of Germany was formed by combining the two. 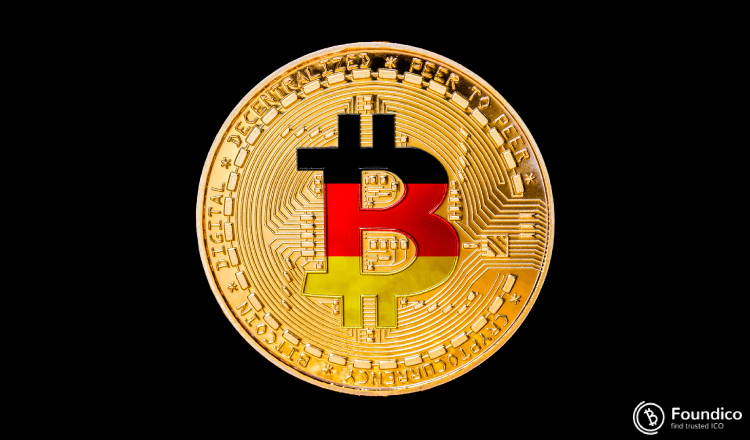 Germany has the political system of a federal parliamentary republic and has 16 states, which can act independently on some issues. Germany is now one of the most industrialized countries in the world, and instead of the richest member of the European Union, it is the economic engine of the euro area.

Germany played a prominent role in the First and Second World Wars and suffered great damage as a result of these two wars.

After the end of the war, it was able to rebuild itself with loans from the Allies.

The Federal Republic of Germany is now a member of the United Nations, NATO, the Group of Eight and the Group of Five plus one, and is one of the founders of the European Union.

Germany is a social market economy with a highly educated workforce, low corruption, and strong creativity. It is the world's third-largest exporter of goods and has Europe's largest economy, as well as the world's fourth-largest by nominal GDP and fifth-largest by PPP. As of 2017, the service sector accounts for roughly 69% of total GDP, industry for 31%, and agriculture for 1%.

Eurostat reports that the unemployment rate in January 2020 was 3.2%, which is the fourth-lowest in the EU.

Germany is a member of the European single market, which has a population of over 450 million users. According to the International Monetary Fund, the country accounted for 28% of the Eurozone economy in 2017. In 2002, Germany became the first country to use the Euro as a standard European currency. The European Central Bank, based in Frankfurt, is in charge of the country's monetary policy.

Germany's automobile industry is recognized as one of the most successful and revolutionary industries in the world and ranks fourth in terms of production. Vehicles, machinery, chemical goods, electronic devices, electrical equipment, pharmaceuticals, transport equipment, basic metals, agricultural products, and rubber and plastics are among Germany's top ten exports. Germany is one of the world's biggest exporters. 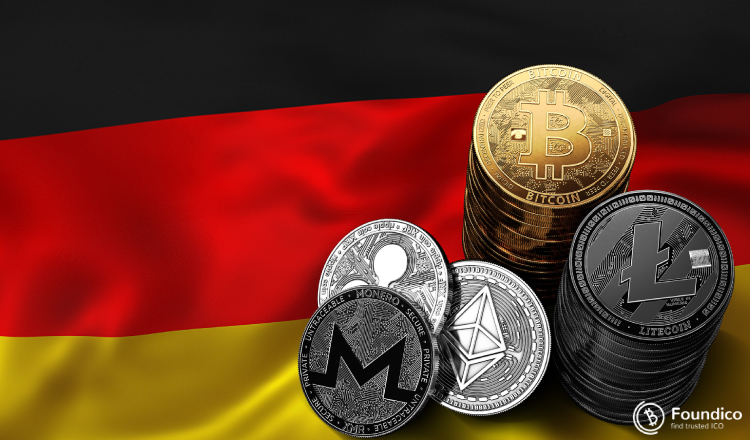 Berlin is one of the centers of startup companies and has become the main place for investment companies in the European Union. Germany is known for its large number of specialized small and medium businesses, referred to as the Mittelstand model. These firms, dubbed Hidden Champions, account for 48% of the global market share in their respective segments.

The German economy relies heavily on research and development activities. In terms of the number of science and engineering research papers released in 2018, Germany was ranked fourth in the world. The Max Planck Society, the Helmholtz Association, the Fraunhofer Society, and the Leibniz Association are among Germany's research institutions. Germany is the European Space Agency's main contributor.

Germany is a country that does not have a single economic center, and different economic sectors are concentrated in different parts of it. The German stock market is based in Frankfurt, while Berletsmann, Germany's largest multimedia company, is headquartered in Guterls. The German automobile industry's hubs are in Wolfsburg, Stuttgart, and Munich. Germany is a supporter of most European countries' political and economic integration policies. Its economic policies are largely determined by agreements between EU countries and European market laws.

The southern German states, such as Hesse, Baden-Württemberg, and Bavaria, have stronger economies than the northern states. The Ruhr region, located in western Germany between the cities of Bonn and Dortmund, has the oldest as well as the strongest economy in Germany.

Natural resources and heavy industry drive the economy of the region. 27 of the 100 largest German companies are located in this region.

The economies of Bavaria and Baden-Württemberg are based on the development of valuable products. The automobile, electronics, aerospace, and pharmaceutical industries are the most important economic sectors in this area. Baden-Württemberg is home to Germany's largest automobile and machinery industries, including Mercedes-Benz, Porsche, and Bosch. 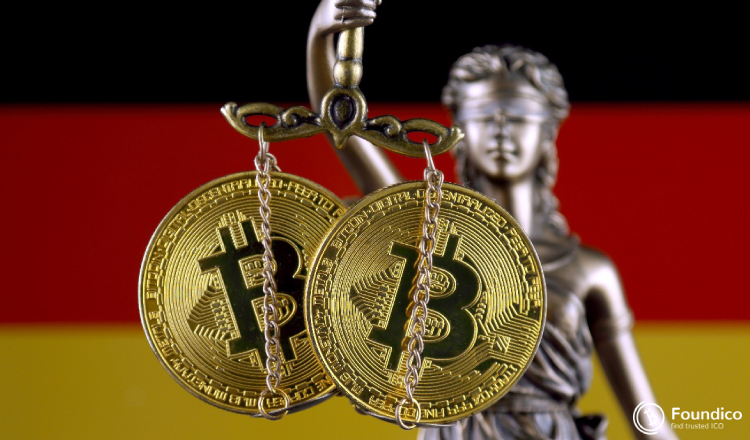 The German government started the process of adapting the two countries' economic structures after the unification of the two Germanys in 1990.

The government's economic policies meant that East Germany gradually developed to meet Western expectations, but so far, the West's level of welfare and annual income has been considerably higher than East Germany's.

Germany is Europe's richest country. After the United States and China (with a fortune of more than $ 50 million), it has the largest number of millionaires in the world.

According to official figures from 2018, the assets and income of 45 people of this nation are equal to that of half of the population. Wolfsburg, in central Germany, also has the highest per capita income in the country, with a yearly income of $ 128,000.

Regulation of cryptocurrency in Germany

The German Federal Financial Supervisory Authority (Bundesanstalt für Finanzdienstleistungsaufsicht, BaFin) qualifies virtual currencies/cryptocurrencies as units of account and therefore financial instruments. Undertakings and persons that arrange the acquisition of tokens sell or purchase tokens on a commercial basis, or carry out principal broking services in tokens via online trading platforms, among others, are generally required to obtain authorization from BaFin in advance.

In February 2018, the German BaFin published information on the regulatory assessment of ICOs and the tokens, coins, and cryptocurrencies they are based on. It stated that firms involved in ICOs need to assess on a case-by-case basis whether the ICOs qualify as financial instruments (transferable securities, units in collective investment undertakings, or investments) or as securities and therefore trigger the need to comply with the relevant financial legislation. 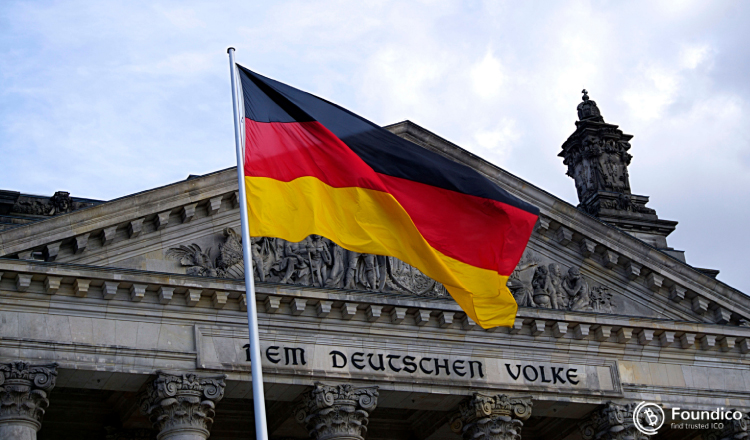 Virtual gaming money, meaning in-game currencies, particularly in online games, is not exempt because it does not constitute a means of payment within the meaning of VAT law. The Ministry also addressed several follow-up questions regarding the taxation of mining, digital wallets, and online trading platforms.

The German Bundesbank stated that Bitcoin could not be qualified as a virtual currency. According to Dirk Schrade, Bundesbank expert in the area of payments, Bitcoin is neither a virtual currency nor digital money because it does not fulfil the typical functions of a currency, nor is it part of the national monetary system. The Bundesbank recommends using the term "crypto token."

In an article published in the newspaper Frankfurter Allgemeine Zeitung (FAZ), Carl-Ludwig Thiele, a member of the executive board of the German Bundesbank, warned investors in Bitcoin and other cryptocurrencies to beware of their riskiness, fluctuations in value, costliness, and highenergy-need for mining, among other concerns. However, he also pointed out that Blockchain technology promises great potential for innovation and mentioned a joint project with the German stock exchange group (Deutsche Börse Gruppe) that tests the application and performance of Blockchain technology in settlement of securities transactions between banks.