Digital Currencies Are Similar to Banks: The Reason Behind $4,000 Price for Bitcoin 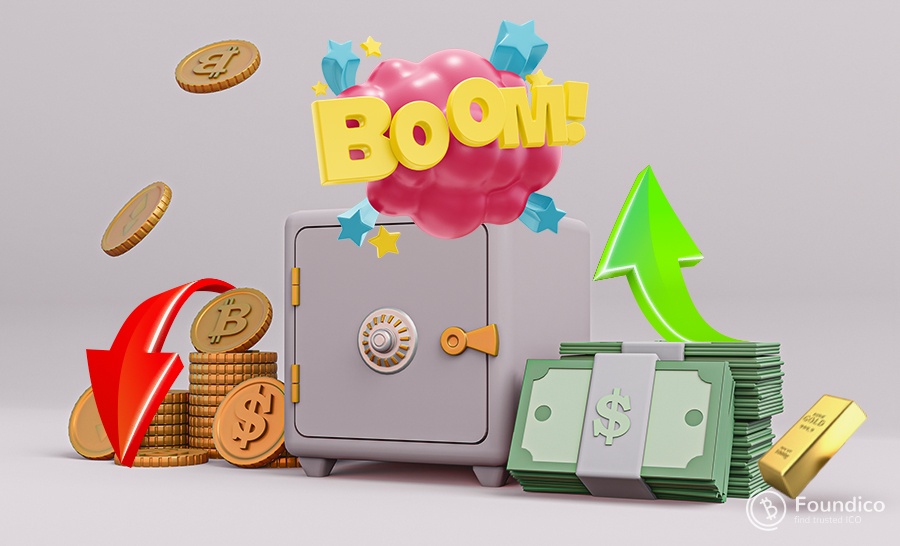 The cogs of the global economic machine turn with the help of banks in any country. This is why there are numerous banks in any region. As an example, there are about 5,000 commercially licensed banks in the USA alone.

And of course it is understandable that there might a healthy level of competition between these banks, their validity is not questioned with regard to each other. It means that each bank is operating within its own charter and offers its own special programs to its clients, much like other banks in other countries.

One crucially important feature about these banks is that all of them are fully licensed and are under constant checks and balances that are carried out by mostly government watchdog organizations to make sure proper operations. Additionally, these banks are in bilateral and multilateral relationships with other banks around the world, establishing credit relationship with one another.

But the main aim of this article is not to talk banks. When in fact we want to talk about the crypto market and their relationship to banks. But what relationship is there?

This is the point that has been raised by Puya Chamer, founder and CEO of Counos Blockchain Industry. He believes:

The point that I want to raise is that if we look at the crypto market, it can be surmised that cryptocurrencies can also be regarded as banks.

Now, let us go through his reasons and arguments and more importantly, why he says Bitcoin will fall down to 4,000 dollars.

What Is the Similarity of Cryptos and Banks?

To get to the bottom of this idea, the first question that needs to be answered is how are cryptocurrencies like banks? As Puya Chamer believes and as we will mention several quotes from him to answer this question, the answer to that question is threefold:

First off, one of the prominent aspects of conventional banking is depositing money.

With crypto, when you buy the coin or token, it is as if you deposit your money in their system.

Of course, the other half of the banking duo is withdrawing.

With crypto, when you sell the coin or token, it is as if you withdraw your money from their system.

When you sell that coin or token to another user, it is as if you have engaged in internal transaction.

As a result, according to these three factors, the stool of banking gets completed for the crypto market, and the indication exists for the remarkable resemblance of the cryptocurrencies and banks.

However, as was mentioned above banks are being controlled and checked constantly by impartial third parties. However, in the case of cryptocurrencies, they claim to be decentralized, but are actually being controlled by a small group of people in the market.

In this part, he uses a simile to further prove his point:

So, cryptocurrencies such as Bitcoin, Ethereum, and countless others, that say are decentralized but are actually centralized and controlled by a small group of people, can act as completely irresponsible banks with zero liability.

Bitcoin Will Fall Much Further to $4,000

Up to this point, we have been able to surmise how Puya Chamer argues that cryptocurrencies are similar to separate banks. But perhaps this is the most important part of this argument. He has claimed that Bitcoin will fall as low as even 4000 dollars. Let’s see how.

First of all, you need to know that a small group of market manipulator control the price of certain cryptocurrencies, including Bitcoin in the market. This is how they were able to manipulate the market and take Bitcoin to about $69,000.

My prediction is that Bitcoin will go down as far as $4,000.

Exactly how? This is how they make the system work. You see, with a bank, when you deposit your money, you take out your money, or the bank can, at worst, declare official bankruptcy.

But when you purchase crypto (deposit money into crypto), most of the people are going to lose their money and a small group of people who manipulate the market will win all this money. Now, keep in mind that this is true for many crypto projects, but of course not for all of them. Because there are still genuine crypto projects in the market.

The group of manipulators in the market run projects like a casino and treat the market like a money game. They use pump and dump and various other methods, so that they can bring the price down: this means that the money is gone to them, and will never really get back into market circulation; it is only circulated between the manipulators themselves.

Even worse, the price can jump to zero and you will lose all your “deposit” overnight, never getting a whiff of it ever again. This is exactly what happened with Terra LUNA, and many others.

Essentially, what we unfortunately see with many crypto projects is a Ponzi scheme. But as was mentioned above, they hide behind the so-called anonymity of the decentralization, which is not even real. Usually in a Ponzi scheme when the system goes up it implodes. But with these crypto projects, because no one takes responsibility for them and no one say that they are behind it, the whole project can even go to zero and go high once again.

So, I believe that Bitcoin will go further down, even as far as 4,000 dollars, so that new investors can be attracted. Because the money that has already the market is being circulated in the form of the coins, so it’s not a new money. Investors are much likely to enter at 4,000 dollars so that the new cycle of pump and dump can begin. This can happen again and again virtually infinite times. Bitcoin can even go very high, as much as to $500,000 and then fall back again.

As he believes, this is a circle to get money into the system. It all depends on the process of entering money, which is purchasing Bitcoin and other coins, and the process of exiting money. All these attempts are made to attract investors into the market to bring new money.

So, as you can see many of these crypto projects are like a casino, and as it usually has been the case, when you go in the casino, 3 to 5 percent of the people win and the rest will lose.