eGovernment in the Age of Blockchain 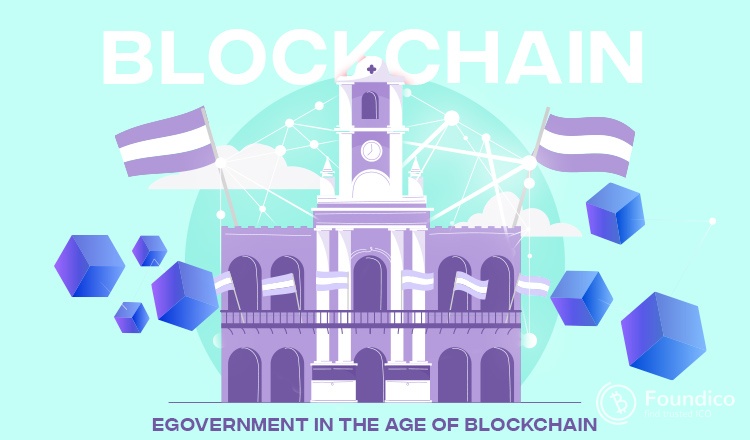 This article seeks to describe some general problems, limitations, shortcomings and requirements for eGovernment solutions where blockchain can contribute to an improvement. Because we couldn't find an official comprehensive and unambiguous list of such problems, limitations and shortcomings, we have tried to gather from a variety of sources and also use the knowledge gained from stakeholder meetings.

·         not always optimal coordination and prioritization of decisions caused by unavailability of authentic and relevant data to support this decision - making (also the volatility of key baseline data, e.g. repeated unsuccessful efforts to stabilize the so-called code list of living situations as a basic indicator of demand for eGovernment services),

·         problematic management when building the eGovernment projects by traditional methods,

·         shortcomings in the management of very complex projects and chains of suppliers of project outputs (the supply chain of project outputs typically represents for the public administration side: managing authority, intermediate body and beneficiary and for the business sphere other than the main one often a very complicated network of many specialized subcontractor companies),

·         great difficulty in identifying the chain of causes and consequences in the propagation of a project incident and turning into a problem and clearly assign responsibilities, draw conclusions and seek redress and fix the issue,

·         examples of such complex projects (crucial while building eGovernment center), which have not yet been satisfactorily completed and suffer from many problems, and complications are, for example, the Electronic Real Estate Cadaster (ESKN) project, the Electronic health services (eHealth) or projects of implementation of several basic components of eGovernment and special common modules of UPVS (according to the original NKIVS from 2008),

·         public distrust caused by lack of transparency in building eGovernment processes (from public procurement of the main contractor through project implementation) but also electrified processes in already modernized eGovernment agenda systems (ability in one place comprehensively verify the process of equipping "your" agenda, etc.)

Although there are several strategic documents, action plans, projects, as well continuing effort to make progress in the field of informatization in public administration, the Slovak Republic is in comparison with other EU countries still behind or on the back rungs. However, it should be noted here that in recent years the Slovak Republic has taken several relevant measures that intended eGovernment to move forward. New technologies such as blockchain offer solutions that could streamline the field of informatization in public administration. When studying the documents mentioned above, we see a significant intersection between those presented priorities and requirements and basic features of the blockchain explained in this article.

Blockchain also has the potential to become middleware when interconnecting various information systems within eGovernment. After registering for the joint middleware that uses blockchain technology, individual ISVSs can send messages to each other in a very safe way. The blockchain technology itself will not solve the problem of ISVS interconnection but can be a significant contribution to its solution.

Blockchain also has great potential to become a prevention tool to various types of fraud potentially carried out in public administration processes as well.

Blockchain can also be a source of reliable and consistent data for further processing, interpretation and use in machine learning and big data analysis. Given the current state of informatization in Slovakia, however, it is necessary to be very sensitive to introduce new solutions with an emphasis on the cost of investment and streamlining the services offered.

Some additional requirements for eGovernment solutions and the contribution of specific blockchain technology features are listed in the following matrix:

Some eGovernment requirements and blockchain features

We recommend for each of the cases of using blockchain technology (application) mentioned below first, the elaboration of a feasibility study of the given implementation project, which will contain at least the following parts:

·         Description of alternative solutions and their comparison,

·         Detailed description of the proposed solution,

The list of use cases below has been drawn up based on current knowledge and experience, deployments abroad and meetings with stakeholders during the preparation of this article. This list is not complete, we expect to identify more and more possible uses of blockchain in the future. It is also possible that some projects that seem appropriate at first glance will be later in detail discarded as inappropriate for various reasons. The description of the projects is only very brief and before their implementation will require a deeper examination of the issue, for example in the form of a study (as mentioned above).

Schedule and procedure for the implementation of a simpler project:

Schedule for the implementation of a simple project

Schedule and procedure for the implementation of a medium-complex project:

Schedule for the implementation of a medium-complex project

Schedule and procedure for the implementation of a larger project:

Schedule for the implementation of a larger project

Note: the schedules assume the use of the existing blockchain, they do not include any development and deploying of a new blockchain.