IEO vs ICO: What Are the Differences Between ICO and IEO? 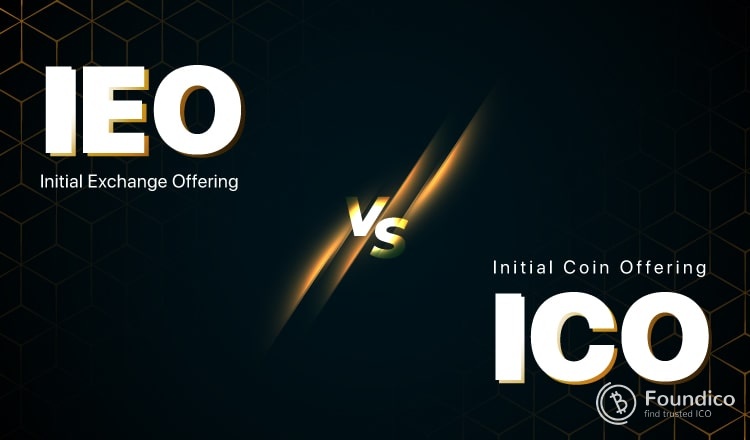 What are the differences between IEO and ICO? If you are familiar with the cryptocurrency world, you may have heard Initial Coin Offering (ICO) and Initial Exchange Offering (IEO).

Many start-ups that are working on Blockchain and crypto projects are coming into existence day by day. They all need to raise capital to start their project and engage developers and contributors.

There are also some other new ways to raise funds for Blockchain-based projects called Initial Coin Offering (ICO) and Initial Exchange Offering (IEO) that we want to talk about here.

If you are interested in IEO and ICO or considering launching or investing in one, keep reading this up.

First, we define ICO and IEO separately, and then we explain the differences between ICO and IEO. After that, we talk about the IEO benefits for parties involved. 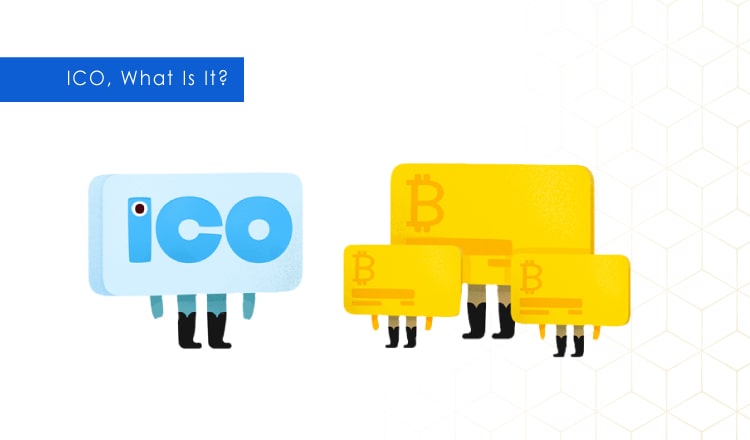 To put it simply, Initial Coin Offering or ICO is offering new cryptocurrencies for raising capital. Investors purchase these new crypto coins, or as they are called "tokens", hoping they can benefit from increasing the price of tokens they purchased, and the token issuers can raise funds for their project by selling them. It is actually a form of crowdfunding by creating new cryptos.

The history of ICO (Initial Coin Offering) goes back to 2013. Mastercoin is a digital currency and communications protocol layer that held the first ICO and raised almost $600,000. It was for creating a Bitcoin exchange and transaction platform.

After the successful capital raising of Mastercoin in 2013, many companies welcomed the idea and started their own ICOs.

What Is IEO Then? 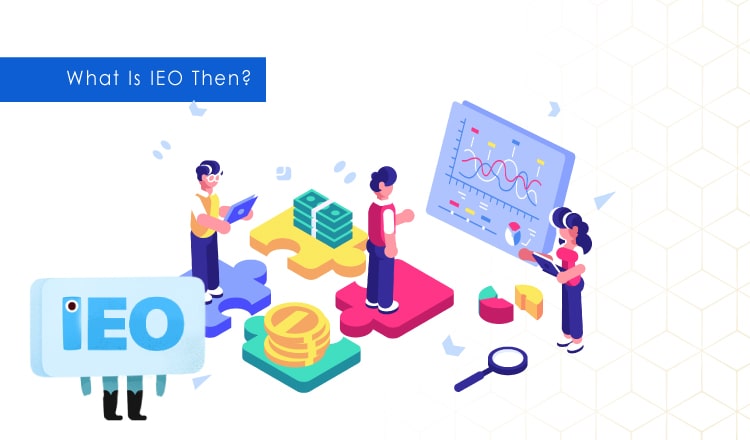 IEO or Initial Exchange Offering is not that different from ICO. It is also a way of fundraising for start-ups by selling new cryptos to people. But as you can get it from the name, it involves a cryptocurrency exchange for raising funds. So, IEOs are conducted on a crypto exchange platform.

Investors buy the offered tokens before they become available in the market, just like ICO. However, in IEO, only the registered members of that exchange can contribute.

As the company that wants to launch an IEO is using the exchange platform, it has to pay a percentage of the tokens sold during the IEO. There may be some fees included too.

After many fraudulent cases in ICO projects, launching and investing in them has been decreased, and IEOs became much more popular due to their claim to be more secure than ICOs.

What Are the Differences Between ICO and IEO? 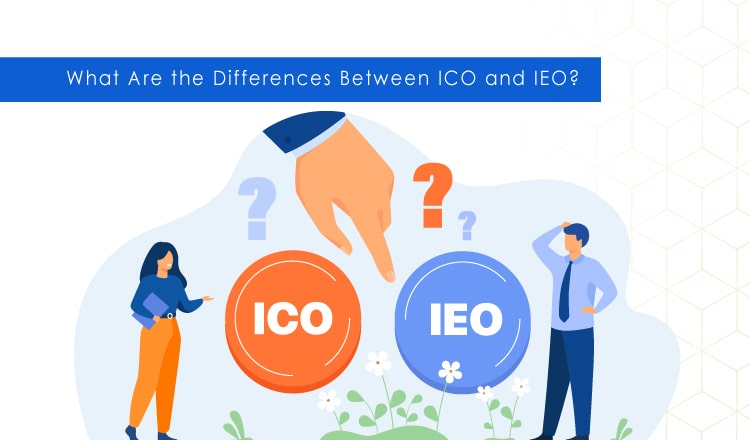 Now that you know what IEO and ICO are, here is the difference between IEO and ICO.

Unlike ICO, in IEO, a crypto exchange acts as an intermediary between the token issuer and investors.

The exchange platform checks out all the details about IEO projects and ensures to choose the ones whose goals are achievable and are towards the market demand. The exchange is putting its reputation in the line, and it is completely understandable that they are strict while selecting the IEO they are about to host.

The tokens are listed on a crypto exchange platform, and investors are only the users of that exchange. They can buy the tokens by funding their wallet on the exchange platform. Including a third party in IEO is considered the main difference between IEO and ICO.

The next difference between IEO and ICO is transparency.

In IEO, crypto exchanges make start-ups complete a Due Diligence procedure. In this way, they must disclose every detail about their project, such as the project members, all information about the company, etc. Also, they have to verify their identities by completing the KYC procedure.

This makes it difficult for fraudsters to take advantage of fundraising methods.

On the contrary, in ICO, token issuers are not obliged to disclose all the company information. They simply create a website and publish a whitepaper. After that, they can launch their ICO platform and sell tokens to people.

Here, you can see the problem. Anybody can launch an ICO and raise money. What if fraudsters and scammers try to use ICO and make a lot of money and disappear after that? Maybe now you know why IEO came into existence.

3. IEO Pushes Us to Centralization

As we mentioned above, crypto exchanges control the IEO processes, and the tokensale happens on their platforms. This means that the more users they have, the more IEOs they can host because they are able to raise more funds than others.

Besides, people trust the exchanges with better reputations. The ones that are well-known and have a large user base.

This can push us towards a centralized market. After a while, only a few exchanges will be IEO hosts and they will control the market.

This is like the centralized financial system that we have today. Central banks control the flow of money.

Since ICOs are not hosted by a third party, this cannot happen for them. 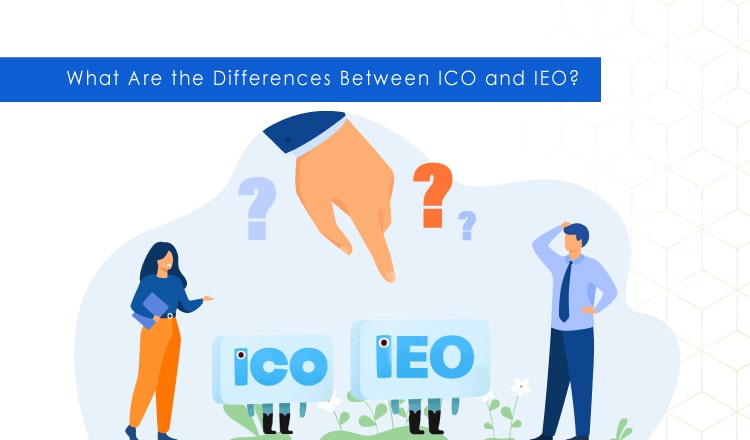 Mostly, the tokensale in ICOs and IEOs happens in a very short time. It may be over in a few minutes. Therefore, so many people who intend to join the tokensale may not be able to do it.

ICO and IEO have different ways to overcome this issue.

ICO came up with the “Gas Wars” idea. Here, "Gas" means commissions that are overestimated by investors.

They do that in order to be among the early investors because, in this way, they can benefit from a discount. The amount of this discount depends on how early they enter the project.

But how about IEO? IEO uses a better different way to solve this problem, and that is a lottery.

The investors who randomly win a ticket can buy tokens among the first bidders.

The ones who have had more exchange token deposits in the last 20 days will have more tickets. This increases their chances of winning the lottery. Binance Launchpad site came up with this solution during the IEO Matic Network (MATIC).

This was all about the differences between IEO and ICO. Now, we explain the IEO benefits for all three parties involved.

Are exchanges hosting IEOs just to help the start-ups to raise capital? Of course not.

The crypto exchanges profit from IEO projects and can have more income by receiving listing fees along with charging commissions on transactions and a cut of the token sales.

Plus, some exchanges such as Binance decrease the listing fees for those who use their tokens. This is how they can increase the demand for their own tokens.

Also, by hosting IEOs they can increase their users, be more popular and attract more IEOs.

All in all, the crypto exchanges benefit from hosting IEOs. This is the reason they put their reputations at risk.

Now let us talk about start-ups and the benefits IEO has for them.

First of all, raising funds using IEOs means token issuers are using a crypto exchange reputation. When they convince great cryptocurrency exchanges to host their project, they can rest assured that people can trust it.

This means faster tokensale because investors buy the tokens confidently, knowing that the exchange conducts Due Diligence and there are no risks ahead.

The second thing is the marketing process. During ICOs start-ups have to attract investors to their platform.

To raise funds for their project, they are supposed to spend a lot of money to promote their project so that people get to know it.

However, when they launch an IEO, the project is backed by a crypto exchange platform, and they can immediately attract a lot of investors.

The exchange is announcing their IEO project on their site, and all their users who are willing to invest in the IEO will contribute. This is how start-ups can take advantage of IEOs.

Now, how about investors? Does IEO have something for them?

The answer is YES. Investors also can benefit from IEOs.

First of all, IEO minimizes the investors’ effort.

Imagine you have an account on a crypto exchange site, and they host an IEO. To participate in the project, you only have to log in and purchase the tokens. 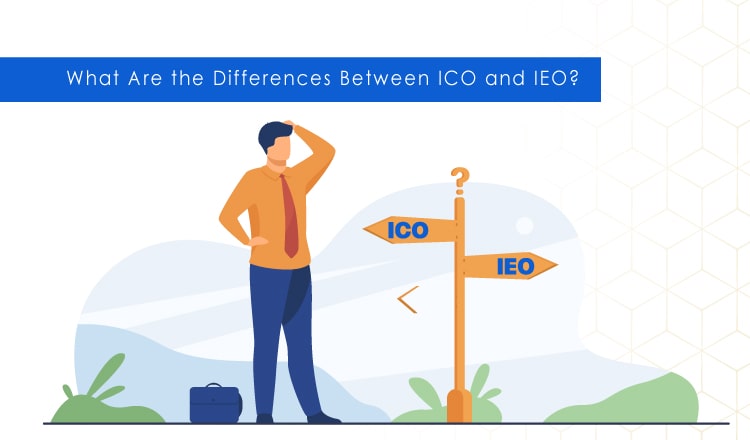 In case you do not have an account in that crypto exchange you have to create an account and fund it with the cryptocurrencies that are accepted. After that, you are ready to buy tokens and participate in the IEO.

Another benefit that IEO has for investors is security. In ICOs, the people who want to invest cannot identify the reliability of the projects. Start-ups often do not disclose enough information about their company and project.

The organizers can be scammers that aim to collect people's money and disappear after that. This is the reason ICOs have become less popular among people.

However, in IEOs, the crypto exchanges host the project, and they have rigorous rules for accepting IEO projects.

Furthermore, in ICOs, investors can sell their purchased tokens after a few months, but in IEOs, they are able to sell the tokens instantly after the tokensale.

We talked about the differences between Initial Exchange Offering (IEO) and Initial Coin Offering (ICO).

As you can notice, IEO is safer and more reliable than ICO for investment, but do not forget that IEOs are not totally free of risks.

The reason is that although exchanges conduct Due Diligence, it does not mean that they can %100 detect all the fraudsters. So in case, the project is a scam, they do not guarantee to return your money. Also, you do not have to ignore the crypto exchange platforms' vulnerabilities to hackers’ attacks.

Although the Initial Exchange Offering (IEO) is a new fundraising method, it is getting the place of Initial Coin Offering (ICO) very fast.

In the long run, it will definitely be the best fundraising technique that transforms crypto banking.

What Is IEO in Crypto?

IEO is an alternative for ICO. It is a new way of fundraising for Blockchain-based projects that are hosted by a third party, a cryptocurrency exchange. In this way, investors buy tokens from the exchange platform instead of the token issuer itself.

Which One Is Safer? Initial Exchange Offering (IEO) or Initial Coin Offering (ICO)?

Both of them are used for raising capital for start-ups that want to introduce and sell their new cryptocurrency tokens.

However, IEOs are considered much safer than ICOs because unlike ICO, IEO is backed by a crypto exchange platform. The exchange will rigorously check out the project and ensure that it is not a scam.

But, ICOs can be launched by anybody, including scammers.

Why Blockchain Projects Do an IEO?

Raising funds for new crypto or Blockchain projects is more challenging than you think. Like other industries, there is always a competition going on between different companies in the Blockchain industry to attract more investors.

Although customary methods of attracting investors have their use, not everyone can find the investors they are looking for through them. What causes an IEO to be useful is that it responds to existing cryptocurrency holders.

Since the exchange is participating in the fundraising project, it is trustworthy. Because they are putting their reputation at risk by assisting the IEO. But still, it's best to do some research before involving in any financial commitments.

If a project is trying to raise funds with the help of an exchange, then an IEO is an ideal option. Depending on the project's perspective and its different uses, most IEOs will sell out quickly.