Is Bitcoin Safe from a Global Stock Market Crisis? 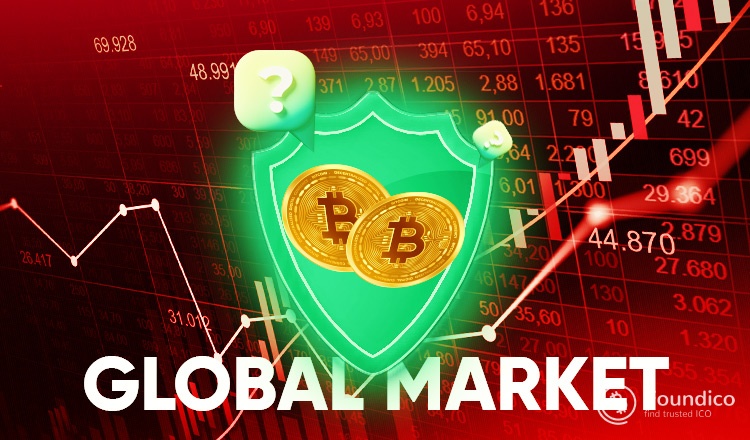 As we all know, one of the biggest differences between Bitcoin, and in fact most cryptocurrencies compared with traditional currencies is the fact that such digital currencies are detached from the conventional and traditional financial market.

But what happens if a serious global collapse of the stock market takes place? What will happen to Bitcoin?

In this article, we want to take a look at whether Bitcoin will be safe from a serious global financial meltdown or not.

Perhaps the most important question when considering this matter is to specify what type of financial instrument Bitcoin is. Is it a stock? Is it a valuable good? Is it a mere currency? What is it exactly?

Some consider Bitcoin to be similar to a scarce valuable item, much like precious metals like gold and anything like that. So, one of the biggest understandings out there is that Bitcoin is a scarce commodity.

On the other hand, many also consider this digital currency to be a stock or at least a stock proxy. This makes things different. Of course, when Bitcoin is considered to be a technology stock proxy, it would be analyzed and evaluated in different ways than it would be if it were regarded as a scarce commodity.

So, it is not even clear what Bitcoin is really being considered by the users themselves. And that really matters. What the general opinion and general idea about the utility and real world application of Bitcoin is, will ultimately impact that outcome of whether Bitcoin will hold up under tough economic conditions.

But there are other factors that might factor in the safety of Bitcoin when it comes to a global scale economic disaster.

In fact, these factors are not merely related to Bitcoin. They could be true about any cryptocurrency. And that is the fact that unlike other more conventional commodities and properties that could potentially be seized if and when a serious issue rises that demands such action, the same cannot be true for the crypto world.

The decentralized notion of the cryptocurrencies is precisely why no one knows who owns what or how much. In this case, unlike conventional economic crises, the forfeiture and seizure of assets cannot be made possible in the world of digital currencies.

At the same time, it appears that the disintegration of Bitcoin and other digital currencies from the conventional financial market will indeed mean that little or less damage will be incurred upon them when the world is hit with a financial crisis.

However, no one can deny that there will be no impact. It goes without saying, that a phenomenon as huge as a world scale economic meltdown will inevitably be impactful on the crypto world, and as a result, on Bitcoin.