Leveraging on an ICO calendar: Know exactly when to invest in an ICO 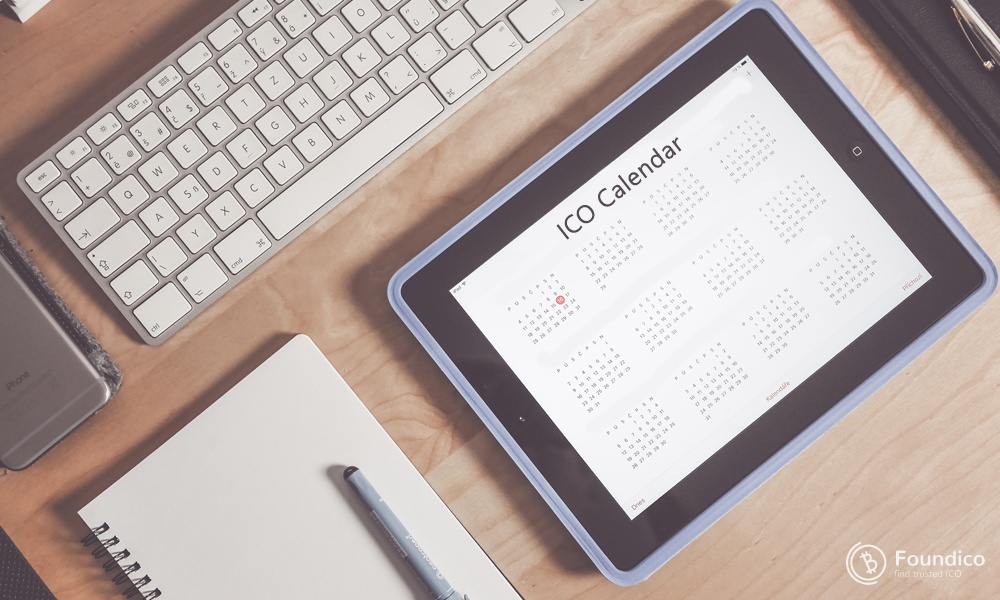 Over the years, the cryptocurrency sphere has experienced enormous growth and is even still growing and making the waves. Part of the events marking the new decentralization era is the increase in investment activities on the overall digital currency network. This has in fact, culminated in the surging market capitalization as observed on www.coinmarketcap.comfrom over time. Now, a lot of people are leveraging on such things as the volatility traits of the crypto asset markets, cryptocurrency-paid commission, and rewards, as well as other present and futuristic profit openings.

One of the most prominent profits generating source in recent times is the purchase of project tokens right from the ICO stages. A lot more cryptocurrency users and investors are beginning to see the opportunity that hides in buying and reselling crypto assets. The aim is usually to buy at the lowest rates possible (characteristic of token sales), and then sell when the prices have hit some high (usually after the tokens have been listed on an exchange).

But then, various ICO events are carried out in different schedules and plan. A knowledge of the ICO calendar for the project of your interest would allow you fix out an essential strategy for acquiring the tokens more profitably. Remember that the amount of profits made by any cryptocurrency speculator is largely determined during the acquisition phase of the tokens.

How ICOs are executed

Every project seeking support and funding via ICO token sale is characteristically executed following its drafted ICO calendar. The ICO calendar outlines all the processes and order of events for the crowd sale. This outline gives investors an idea of what stages the fundraising has reached, as well as aiding them with their decisions one way or the other.

In order to maximize the advantage of ICO crowdsales, investors must be able to know when it is best for them to invest. Usually, there are always two or more segments of the ICO- with each segment occurring at different times, but as highlighted on the guiding calendar. Consequently, each of the segments (or phase) have their own features which shows what the project is offering to the public and at what price (token sales rate).

Basically, the formats are usually designed to have two or three phases- depending on the team and its implementation plan. But then, recent ICO events are mostly implemented in at least two phases. These phrases are:

Private token sales (for any ICO that implements it), are usually carried out at the very early stages of the project. They are mostly opened to only a very few interested investors, and the sales are not even publicized. By implication, this means participants in an ICO private sale may be expected to meet certain stated conditions with a mandatory stipulated minimum buy. This is also the condition under which it is announced and opened to just any member of the public, sometimes. Participants at the project’s private sales are well scrutinized, as they are expected to show some real support for the intending project.

Considering the benefits, however, private token sales are usually characterized by enormous bonuses and discounts for the participants at the point of sales. Every investor who can make purchases at this stage is almost certain of ultimately making some profits- no matter how relatively little it turns out to be. This is true, even if the tokens don’t eventually amount to anything much in monetary value, but as long as the investor is able to take certain proactive steps.

Lastly, private token sales are executed in a short period, compared to the other phases of the ICO. Due to these traits, we may refer to it as the ICO flash sale because it is completed almost immediately it started. For cryptocurrency investors who have done the math and can meet the requirements, this may be a good time to invest.

However, the risk of investing at this stage must be considered. ICO projects are largely speculative, and the risks on investors are highest in this category, just as the benefits are.

At the pre-sales phase of the overall ICO, the project is beginning to gather momentum on the cryptocurrency general ecosystem. More publicity is made about the project and its implementation framework, while such marketing tools like the project whitepaper are being released in all essence. Reasonable discount rates also characterize the pre-sales, but in lesser proportions as compared to the private sales.

Pre ICO is the stages before the main sale, and they are sometimes considered as a preliminary test to see how much acceptance and support would be finally gathered at the all-important grand finale. A majority of investors who can opt in early enough on a token, usually prefer to invest at this stage. The risk level is intermediate; lower than what it is at the private sales stage, but higher than what it would be at the token main sale.

The main token distribution is carried out at the token crowdsale. This is the stage of the overall ICO where the bulk of the funds (hard cap), is expected to be reached. Consequently, the main sale is the ultimate goal of the project developers, and this is when the larger percentage of the ICO allocated tokens are distributed (sold). The ICO crowdsale (also sometimes referred to as the token generation event) is usually allowed to run for a long period of time, and the time stipulated for the main sale is basically what is indicated in the implementing smart contracts.

At the ICO crowdsale, advertising and publicity are at top levels, as the aim is strongly geared at inviting as many investors as possible until the hardcap is reached. As compared to the preceding two phases, the main sales are characterized by lesser bonuses, while the risk level is the least of the three. At this stage, it is easier to make an assessment of the project, and infer how much prospects there are, in the long and near future. The ICO crowdsale is the climax of any initial coin offering, and any other interest investor may need to wait until the tokens have been listed on an exchange.

As much as ICO events are prospective means of profit actualization in cryptocurrency, they are not a sure success until they become one. Consequently, investors and stakeholders must always have this in mind, and as a determinant in whatever decision is being made.

Different benefits and different risk levels characterize every stage of the ICO. This means the best time to invest would depend on the investors’ risk-bearing capacity. High-risk bearers may start investments from the private sales (while also enjoying the benefits of it), while the lowest risk bearers may stick to the main sales.