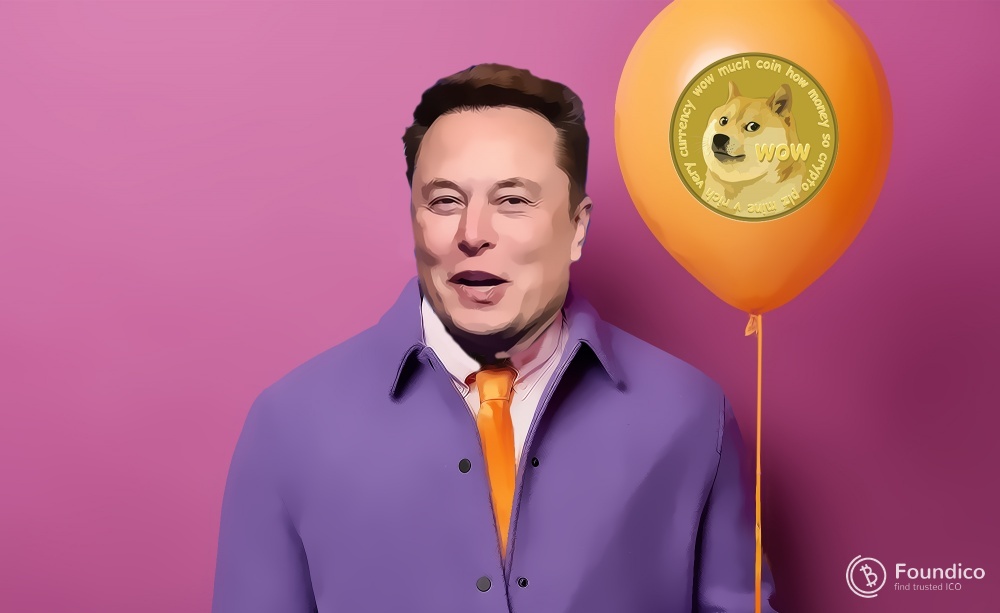 We have heard the name Elon Musk a lot recently. Especially, in 2021, hardly a day went by in the realm of digital currencies when we didn’t hear something from him.

The crypto market experienced some rather extreme highs and lows this year. Currently going through one of the worst low ones. Most analysts, and even ordinary users agree on the fact that one certain individual might be behind all this hectic volatilities.

Elon Musk has always been a sort of eccentric character. In fact, a big part of his charm among his fans is indeed his eccentricities. Usually, he is not the kind of person to shy away from a situation dipped in irony and, of course, memes!

As you know, Dogecoin is essentially designed and developed entirely based around a very popular internet meme.

Being who he is, Musk started drawing attention to this coin in the last year. Surely, most of them in the form of jokes. But, nonetheless, attention was drawn.

As a result of this, the price of Dogecoin started climbing higher and higher. It broke all sorts of records.

So much so, that a survey conducted in the United Stated in May, 2021, showed that more Americans know about Dogecoin than they know about Ethereum.

But of course, this did not last long enough.

Musk did a series of appearances for the Saturday Night Live, or more popularly known as the SNL.

In an attempt to boost the Dogecoin hype even more than before, he started explaining what Dogecoin is. After being questioned multiple times by the other actors on the set, he finally called Dogecoin a “hustle.”

Apparently, that did not sit well with the crypto community. And that was the end of Dogecoin’s crazy journey with Elon.

But Doge was not the only coin having been heavily affected by this South African billionaire entrepreneur.

In February of this year, Tesla, one of Musk’s companies, invested more than 1.5 billion dollars in Bitcoin. An unexpected move that astonished even a lot of analysts. After this move, the price of Bitcoin increase almost immediately in a matter of minutes after the news got out. In fact, the value went up by almost 3,000 dollars. But that was only the beginning.

During the 24 hours after this big purchase by Tesla, the price of Bitcoin shot up by 20 percent. This upward trend kept going more or less steadily for over a month.

In yet another staggering move by the company, tesla announced, one month after the big Bitcoin purchase, that they will accept Bitcoin as official payments for their electric cars.

However, that did not last long. After a while, another shocking piece of news came out of this visionary company to rock the boat of crypto once again.

Tesla officially announced that it will no longer recognize Bitcoin as accepted payment. Hot and cold, right?

Everyone was shocked. Tesla had been talking about the advantages of Bitcoin for some time. Putting out various promotional content about how people can buy tesla products with Bitcoin easily. Especially, Tesla cars. Crypto lovers were pretty excited about this. Finally, a hugely prominent and well-known company in the world has officially said yes to crypto and Bitcoin.

But, little did they know, it was all part of pumping for the inevitable dumping. Tesla made billions in this pump and dump process. But of course, it ruined the market. Countless users incurred seriously heavy losses.

All the moves that Elon Musk has made with regard to Dogecoin and Bitcoin, they all point to a huge pump and dump scheme. So many people lost their assets. Because, when Bitcoin gets down, other cryptos follow suit. So, when the big dump of Bitcoin took place by Tesla, the entire market crashed.

But Musk had other pretexts for their seemingly unethical moves. He and his company cited environmental impacts for their refusal of cryptocurrencies, which took place only a couple months prior.

According to Tesla, the mining process of cryptocurrencies, specifically Bitcoin, puts too much strain on the natural resources of the planet. They also announced that if the mining process would ever go green, they would reconsider.

All in all, no one is completely sure what were the motives of Tesla in the recent market fluctuations. But what is certainly clear is the role that Tesla and its CEO played in these ups and downs.