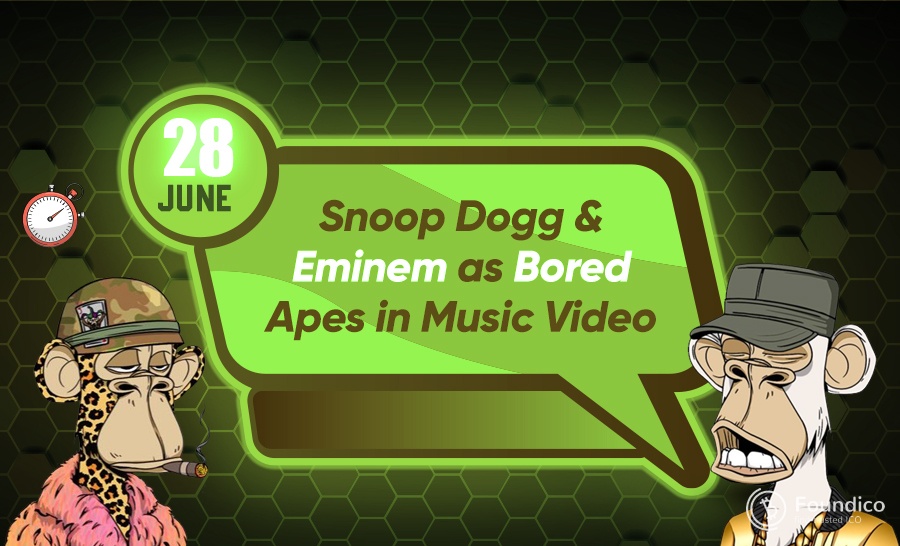 ·       According to reports, Ripple co-founder now has less than 114 million XRP left in his wallet. “U Today”

·       The CEO and founder of Meta, Mark Zuckerberg hopes to get billions of people to use the Metaverse, generating hundreds of billions of dollars for Meta platforms. “Bitcoin News”

·       European Union’s position on crypto is about to become much tougher. “U Today”

·       Hackers steal another 100 million dollars in crypto from a Blockchain transfer protocol. “Forbes”

·       Snoops Dogg and Eminem appear as Bored Apes characters in their new music video. “U Today”

·       Three indicators suggest that Bitcoin price might have reached its floor. “U Today”

·       Tencent, one of the biggest Chinese software companies, has taken another step toward getting into the Metaverse. “Bitcoin News”

·       Tether is releasing a crypto token tied to the value of the British pound. “Bloomberg”