The Free Money in Cryptocurrency: Airdrops and Bounties 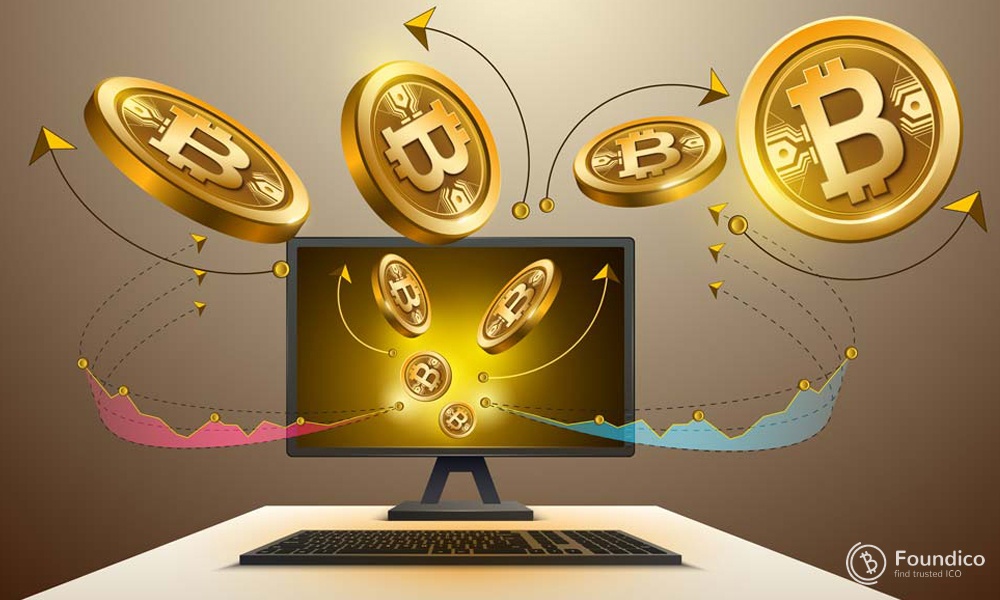 The world of cryptocurrency has been marked by various events and trends, which are part of the amazing features that add to the peculiarities of the blockchain invention. One of the right things to find is the announcement of airdrop ICO, as well as the bounty ICOs by several project development teams. This is consequently also, what makes them one of the greatest elements of this new era that excites cryptocurrency users and investors, and might be a reasonable way of projecting into the prospective future of the decentralized payment systems. When we talk about the future of the virtual currency network, we talk about how much acceptance and adoption the cryptocurrencies are able to garner and sustain over time. The announcement of airdrop and bounty ICO have proven to be a possible gateway to achieving this objective.

Unarguably, some of the reasons why there has been a continuous influx of users into the cryptocurrency space is because of the short and long-term financial gratifications that are embedded in the use of the networks. This reason may come second after the initial purpose for which bitcoin the first cryptocurrency was created- for ease of transaction payment. Although the use of cryptocurrencies as a ease of payment method is still relevant, it is fast becoming only just an underlying cause, while other reasons are taking the forefront center stage. Every investor in the digital world would not mind making every move that needs to be made, in a bid of not losing out on the locked in treasures of this largely speculative arena. We cannot refer to this as unwise, especially considering the fact that bitcoin which sells for a price close to $10,000 now, was sold for only few cents in 2009; and the prospects for the future rise in price value is all evident. This is a reason why the airdrop ICOs have not failed to gain supporters even with their proliferation and ever-increasing numbers, and while the bounty ICOs are making every possible progress irrespective of what task had been set ahead for the participants.

In order to strike a fair decision for the cryptocurrency enthusiast and every other concerned person, there is the need to understand all of the concept of both the airdrop ICOs, and the bounty ICOs; to include the modalities of it, the similarities and differences between the two, as well as the pros and cons which are the characteristic features. It is not impossible that many people don’t understand what each term really describes, and there may have been some misrepresentation by persons. Once all of these is cleared, the individual participating in any of the crypto events, can adequately have a knowledge of what to expect and what not to expect, as well as the ideal practices that must be incorporated. Then, it wouldn’t just be about amassing some perceived free money lurking in every free tokens, but about how to make the best moves that yields optimum results when the time is set.

Airdrops in cryptocurrency refer to the purposeful give out of token assets to members of the public who are ready to participate in a blockchain project. The aim of it, is to distribute the tokens to as many people as possible, with an intention of raising awareness about the birthing of an ICO project, and also in a bid that holders of the tokens would subsequently start using those tokens for transactions and value exchange amongst themselves.

But then, airdrops are not necessarily issued out by startup projects during airdrop ICOs alone, and there are other reasons why any existing cryptocurrency could decide to give out free value tokens. Usually, if an existing digital currency decides to give out free assets, then it may be as a means of rewarding user’s loyalty to the network. At other instances, some crypto management team may see a need to strengthen their token's user base by ensuring the continuous use of the particular token; a way to achieve this is by giving out some new tokens to users based on prerequisite conditions.

For cryptocurrencies like bitcoin and ethereum that have had new protocols developed through hard forks, it becomes a practice for the new protocols to issue out free tokens of the new network, to users of its parent network. When bitcoin cash hard forked in August 2017, users of bitcoin who had balances were issued with the same amount of bitcoin cash as they had on their bitcoin wallets. Although some persons don’t think this should be referred to as an airdrop, it is in fact free money.

At the bottom line, the reason for any airdrop- whether it is an airdrop ICO or that from an established digital currency, is to ensure the sustainability of the network. Hence confirming the fact that airdrops, are a marketing tool used on the blockchain networks.

Now, not everybody is entitled to free money tokens, any time there’s one. This implies that for anybody to gain access to benefit from airdrops, certain set conditions must have been met. Since airdrop ICOs differ from each other, every announced airdrop is expected to have their own peculiar eligibility conditions. Some of the prevailing eligibility requirements that have been, include but are not restricted to the following:

The eligibility requirements are not specific or defined, and any project team can decide which ones they want to adopt.

The cryptocurrency bounty ICOs and why they are different from airdrops

Bounties and bounty ICOs on one hand, are not airdrops and should not be confused or interchanged. While airdrops can still be more largely referred to as free money, bounty ICOs require participants to complete certain tasks, and assignments before getting a reward- hence, it doesn’t in fact look like free money. When a bounty ICO makes an announcement of the same, it expects cryptocurrency users who believe in its project to apply to participate in the bounty. Unlike airdrops, bounties are more specific, and are characterized by defined terms and conditions which must be followed, and/or completed to detail. Participating in a bounty ICO, can actually be referred to, as an investment. This is because although you don’t have to pay in money to the project team like you would do when actively buying tokens at an ICO, you are still required to have some real input which is just a substitute for your money. Some of the tasks required of participants usually range from marketing services such as social media adverts and campaigns, language translations, blog and article publications that promote the project. Other types of bounties are bitcointalk signature bounties, and bug reporting bounties.

The basic similarity between airdrop ICOs and bounty ICOs, is the fact that both events offer participants some free tokens whose monetary value are expected to rise with time.

What are the risks of participating in airdrops and bounties

It is easy to get over engrossed in wanting to get free coins as much as possible. A common trend about ICO airdrops and bounties is that people don’t mind getting a portion of every new token that debuts on the crypto space. Anybody may think this is a wise thing to do, since the tokens are valued assets, and could rake in a lot of money for the holders of it when the prices hit high on the markets. But then, as sensible as this claim may be, it is also laden with high risks that could turn out catastrophic for the unsuspecting enthusiast.

Unfortunately, not all of the tokens that are distributed free, or sold for money at the ICOs are valuable, genuine, or definite to amount to any worth. It is painful enough to discover that so much time, energy and enthusiasm had been wasted on amassing all the droves of new tokens that pops up every day, but it is more painful when the processes pose risks of security breach and loss of real cryptocurrency funds. When participating in airdrops and bounties, the participants must not forget that some useful contact information like email is required. Some project airdrops and bounties may even require intending users to go through the Know your customers (KYC) procedures before they are granted entry. In cases where the project is not genuine, the information retrieved from users when signing up for the freebies, may, in fact, be used to hack their other cryptocurrency account, leading to the theft of their Cryptoassets. This is why it is not advisable to input main online accounts information on every ICO asking for it. The alternative thing to do is to utilize several accounts such as several emails and social media accounts so that hackers wouldn’t be shown a loophole.

Before subscribing to take part in any airdrop ICO, or before signing up to complete bounty ICO tasks, it is important to carry out background checks about the projects. Check the feasibility of the said project, as well as the developing team and their antecedents. The cryptocurrency online community forums such as bitcointalk are a valid place to get assessments about all the different ICO and cryptocurrency freebie programs.

As a general precautionary measure, it is good to activate the two-factor authentication (2FA) feature on all your online cryptocurrency wallets. This would make it a little more difficult to gain access to your funds even if the first password security was breached. It is also a better option to consider storing your private keys on a hardware wallet; this drastically reduces the risk of hacker thefts.

When participating in airdrops and bounties, care must be taken to follow specifications and instructions. One of the reasons why a participant may end up not getting the promised free tokens, is if the stated instructions by the airdrop or bounty organizers was not adhered to. For instance, ICO projects which are usually built on the ethereum network requires ICO participants to always provide ERC20 wallets, if they must receive their airdrops or bounty rewards. Providing a wallet that does not support ERC20 tokens would not accept the tokens, even if it was being sent.

As regards the ultimate bounty ICO rewards, it is essential that participants carry out all the assignments to completion, as this is a crucial factor that determines if they would be sent any tokens. Many times, after the close of the bounty ICOs, the organizers utilize pre-determined methods to identify participants that completed or did not complete the tasks. For instance, the participant may be required to provide links to the video marketing materials that had been put up on the internet.

Although there are inadequacies and flaws surrounding some airdrops and bounty offers, it is worthy to say that these events are still very much valid for making money on the cryptocurrency space. There have been success stories about airdrop and bounty programs, and the future seems bright for everyone that dears to make the attempts, especially when all precautions are taken into consideration. Asides leveraging on the volatility tendencies of the cryptocurrency markets, airdrops and bounties are still some of the best shot at making free money.