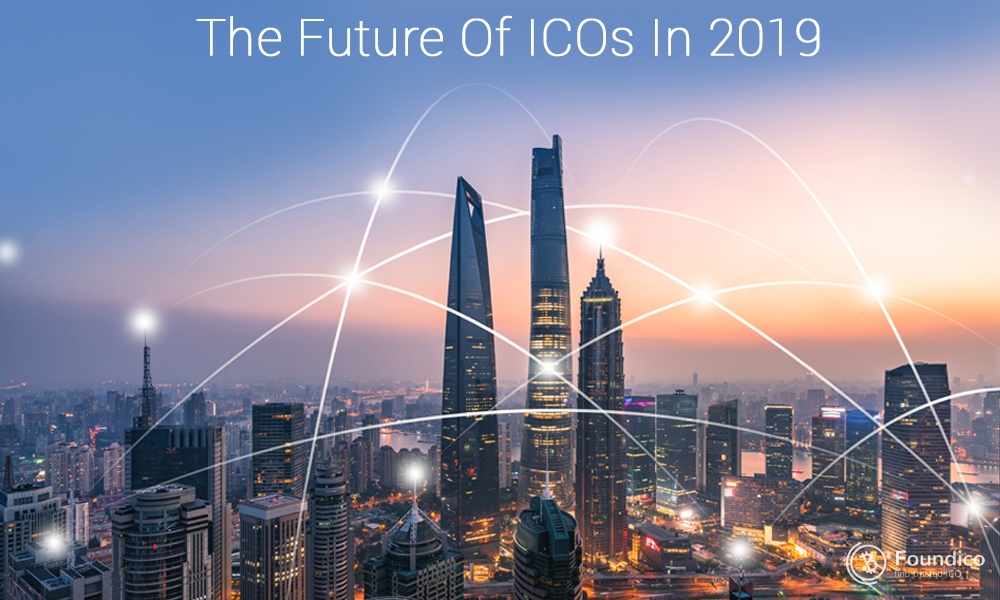 From the inception of the new millennium, diverse technologies and digital advancements have calved indelible marks across several sectors of human existence. One of such sectors that have encountered such revolution is the finance sector.

Blockchain technology, cryptocurrencies, and initial coin offerings stand amongst such digital and technological advancements rocking the world of finance. In line with the above, initial coin offerings took the globe by storm in 2017 and have since then till now recorded some high and low points. 2018 ICO year is gradually coming to a close; however 2019 promises to bring good tidings to the ICO market. To help you appreciate the evolution of ICOs, discussed below is its performance since it's inception and what we should look forward to in 2019.

2017: The Reign Of The Whitepaper ICO

2017 was an amazing time in the ICO market as it recorded huge sales and investments. Amongst the diverse ICOs that revolutionized finance and investments, the Whitepaper ICO was a front liner. Anyone with an idea for the launch of a company simply had to adorn it in a white paper and brand it with the words decentralized and disintermediated. This automatically turned it into crypto. To illustrate how instantly this worked, an Ice tea company branded Its name as Blockchain in 2017. In no time, it's stock went through the roof and amounted to an impressive 200%. Furthermore, a digital kitten company also branded itself and as a result, sold virtual cats for an average of 6.4 million dollars. With such get rich quick results, The ICO market pulled in commendable funds as companies and investors actively engaged the Whitepaper ICO.

Despite these successes recorded within the year, a couple of reasonable projects with good intentions failed to channel their desires and determination into a Blockchain working company. As a consequence, they sadly did not measure up to par at the close of the year. They discovered that without taking advantage of the Whitepaper ICO, it was almost impossible to get sufficient money that would settle them in the market. Some of these unfortunate businesses were the likes of a data marketplace that desired to assist users in monetizing their Facebook data and a home sharing service that had the goal of wiping out Airbnb with Blockchain.

That said, in 2017 we realized that Blockchain and initial coin offerings has notable potentials and was a good source of capital generation for companies.

2018 started on a good note for ICOs. It's glory days of the previous year ran into the first three months of the new year. According to statistics released by a CoinDesk study, 4.6 Billion dollars was raised from the sales of initial coin offerings. This figure was placed at eighty-five percent of the sum gotten in the year 2017.

This continuous breakthrough in 2018 was however short-lived as several scams, and immature ICO projects became the order of the day.

In line with the above, token data released the results of a survey done which illustrated that 46 percent of ICOs that thrived in 2017 were obliterated in 2018. Following the close of numerous ICOs, mature companies began to fill in the gaps.

For a while, investors were excited about the takeover by mature companies that none considered the value of tokens offered by these companies or their product utility and brand identity. As several investors threw in funds into these ICOs, their token economics began to experience a depreciation in value. Furthermore, making matters worse, crypto whales purchased huge amounts of tokens and dumped them right back thereby causing their value to spiral out of control.

The recorded failures in 2018 ICO year has raised the need for future ICOs and the cryptocurrency world to be well evaluated to avoid a recurrence of previous errors.

Having experienced a bumpy ride in 2018, any project hitting the scenes should be analysed using the three p’s as a benchmark. These three P's are product, purpose, and protocol. They are further broken down.

As a company desirous of generating capital for an ICO project, the condition precedent of the product utility has to be satisfied. Your ICO product should be built, working and aimed at meeting the needs of your target customers or investors. Without your product functioning properly and satisfying your target investors, then it might as well be on its way out no sooner than its birth.

To be successful in the ICO market, your ICO should have a well-defined purpose. What does it hope to achieve and within what time frame? What's more, the purpose behind any given ICO would promote the need for Blockchain in the product thereby boosting its value and potential.

In the world of cryptocurrency and ICOs, for every ICO launched there is a similar product in the market ready to compete. The possibility of such competition births the need for protocols. These protocols cut across formulating your brand identities such as your brand logo, website, visuals, marketing assets, and several other proprietary rights and identifying your go to market strategy, i.e. how do you plan on getting your product into the hands of your target consumers?

If the three P's are religiously followed things would definitely look brighter for ICOs.

On a final note, if these conditions are met by Companies desirous of launching ICOs in 2019, the year would be an amazing year that marks the comeback of initial coin offerings.