What Is An ICO? Initial Coin Offering Definition 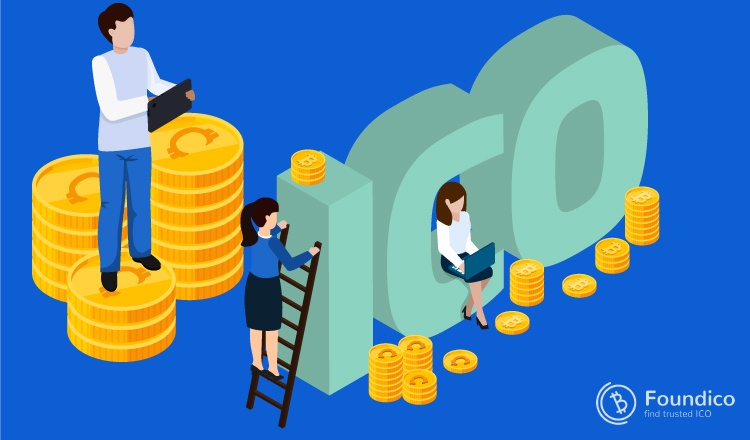 ICO, which stands for initial coin offering, is a new prominent way to raise money by selling cryptocurrencies.

Now, to get to know this new phenomenon in the world of technology, keep up reading this article. Here we explain everything you need to know about it.

What is an ICO?

An initial coin offering is as same as an initial public offering (IPO). An IPO is when a company releases its stock on the stock exchange, and people who are interested in the company can purchase shares in the company for a specific price.

In this way, they will be a partial owner of the company, and in case the company does well, the value of their shares increases, and they can yield a profit over it.

The difference between these two concepts is that ICO uses cryptocurrencies, and it is not as regulated as IPOs. Also, it does not provide investors with shares of the business.

Instead, it offers cryptocurrencies to investors. It can be open for a few weeks or a month and sometimes even longer.

Startup companies use it and give the investors cryptocurrencies, or as they call them, crypto tokens in exchange for their investments, to raise capital for their Blockchain-related projects.

ICO makes the company and investors connected directly without any intermediaries in the capital-raising process. 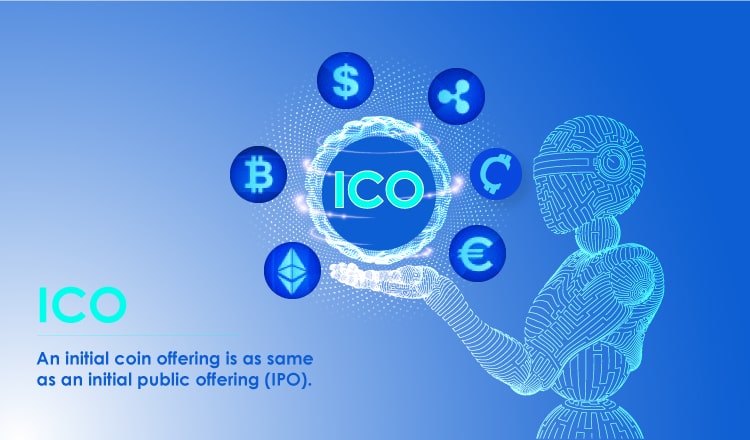 ICO history goes back to 2013. Mastercoin held the first ICO and raised approximately $600,000.

It was for creating a Bitcoin exchange and transaction platform. Mastercoin is a digital currency and communications protocol layer.

After the successful capital raising of Mastercoin in 2013, numerous companies welcomed the idea and started their own ICOs.

Blockchain is an information recording system that makes faking or alteration almost impossible.

It is a digital transaction ledger that is public to the entire network of computer systems. Each of the blocks in the chain holds several transactions along with their corresponding information.

Blockchain is a type of Distributed Ledger Technology (DLT). DLT means a decentralized database that is controlled by many participants.

Every transaction in Blockchain has an immutable cryptographic signature. This signature is called a hash.

The crypto coins that are offered in an ICO project are called tokens.

These tokens are like the purchased shares in an IPO.

A cryptocurrency is a secure form of digital money that uses cryptography for security. So it does not exist in a physical form like a coin or paper money.

Although we can transfer or make payments digitally with traditional currency today, cryptocurrency works a bit differently.

Cryptocurrency is based on Blockchain technology that makes faking or double-spending impossible.

So how is this cryptocurrency different from the traditional currency or Fiat money?

The main difference is decentralization. It means that no single authority, such as a central bank, can interfere or manipulate the balances.

The accounts are under control by their users and complex protocols, not by the central banks or other regulatory authorities. So there is no chance of freezing the account or denying access to it.

The funds are always secure and completely under the control of users.

How do ICOs work?

Whenever a company or a startup intends to hold an ICO to raise capital, it publishes a whitepaper.

This whitepaper outlines some important and detailed ideas and information about the project that is taking place.

It may include the main concept and goals of the project, the amount of money that is needed for this project, what happens after the project completion, what types of currencies are acceptable, how long the ICO project will run, and some other useful information that can help the investors to decide whether they want to invest in the project or not.

After that, the ones who want to be part of the project can buy some of the company's cryptos with fiat money like US dollars, euros, or a different digital currency.

These cryptos are referred to as tokens. This process is similar to IPO, where people buy shares of a company to invest in it and be a shareholder of that company.

If the company is not able to raise the amount of money that is needed, the investors' money will be returned. In this case, the project will be considered unsuccessful.

Otherwise, the funds that have been raised will be used for pursuing the project goals.

If the company does well, the value of the investors' shares will increase, and they will benefit from this investment. 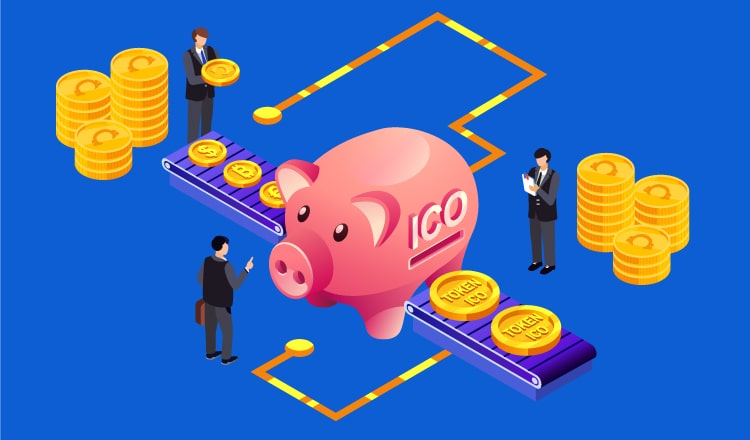 Can anyone launch an ICO?

The answer is YES. Since there is no strict regulation on ICOs, anyone can try to get their own currency funded.

But when we say anyone is allowed to do this, it does not mean that it is easy and guaranteed. You have to consider some important things while doing that.

You or other people who are about to work with each other have to research and get information about this business. To launch the project understanding Blockchain and cryptocurrency are required.

It is better to work with people who have related experience and can help you with it, someone who can tell if it is a good idea for you or not.

After deciding to do it, you can go on and create a whitepaper for your ICO project.

This part is so important. Every detail about your currency and your innovative idea has to be mentioned in it.

Which ICOs to invest in?

To find out which ICO projects you can, and which ones you should not invest in, the following tips may help you.

Therefore, before deciding to do that, it is better to consider these tips.

As an investor, knowing how they are using the money raised from their ICO, is of utmost importance.

If the project is not sharing any details about how they are going to use the money, they may not be reliable.

Not knowing who is working on the project or whether they have a relevant background or not is something that needs to pay attention to, because scams do this to make it difficult for you to verify related people to the project.

A legit startup always makes plans for its future.

So if they are not sharing any details about their future plans, they may not have a plan at all.

Reviewing a project's code is a proper way to make sure it is legit.

To let everyone review the project's code, valid projects will share their code on Github.

If they offer you a project with insanely high profits or impossible products, you better think twice about that project because there is a chance that it is a scam.

If the project is valid, then they probably have competitors.

So, find out if there are any competitors and how different or better they are doing compared to their competitors.

Media activity can help you authenticate the project.

Projects usually create an active community, and they do so by hiring professional marketing experts.

You can also check quality publications for reviews since positive reviews mean that the project is more valid.

There are two types of initial coin offerings. Here we explain each of them.

The company will specify those who are qualified for the project. As the initial coin offering is not highly regulated as IPOs, this type of ICO is becoming more popular because it can be more secure.

There is also a public initial coin offering that anyone can participate in it.

Almost anyone can join in this type and invest in it. It is actually a form of crowdfunding.

Filecoin is one of the most profitable ICOs that is trying to revolutionize data storage.

Like most ICOs, Filecoin is based on Blockchain technology.

What Filecoin does is providing a decentralized storage network for the users that allows them to share their storage in exchange for Filecoins or other rewards.

Filecoin achieved collecting $135 million in multiple currencies due to its interesting nature and features in the first hour of its activity. But that was not the end.

Filecoin reached $257 million in sales after that.

While smartphones are one of the most used technologies nowadays, they are not the most secure.

Sirin Labs was planning to solve this problem by producing the world’s most secure open-source consumer electronics.

In just one day, Sirin Labs ICO managed to collect over $100 million, and within eight days, the total worth of digital tokens went up to $157.8 million by a $57.8 million increase.

As a result, the demand for the company's proprietary token was increased.

Although Sirin Labs' achievements were extraordinary, it is not the most successful ICO.

Bancor is Blockchain-based like Filecoin, but it is a prediction market.

Its unique features caused Bancor to be a successful ICO.

Bancor was able to draw the attention of VC firm Blockchain Capital and Tim Draper, who was one of the internet investors, with its amazing capabilities.

One of the things that make Bancor special is that it allows conversions into other tokens by creating liquid tokens that measure their own price.

For example, you can buy a Bancor token that is half Ether and half Litecoin.

In terms of being successful, Bancor collected $153 million in cryptocurrency before the ICO was closed.

Is investing in ICOs safe?

Due to the lack of regulations in cryptocurrencies, investing in ICOs must be done carefully and discreetly.

Although it seems an incredible opportunity, there are significant risks involved, and it is not easy to identify scams.

The project progress is not fully transparent, and you do not know how exactly it is going.

There is no guarantee to return your funds if it does not go as expected.

Besides, you have to make sure that the company and its team are experienced enough to fulfill their promises.

Due to the price volatility of cryptocurrencies, the investment in them is also unstable. The most important thing is that there is always a potential risk that the project be a total scam.

Therefore, before any investment, it is necessary to research the startup company you are about to deal with and find out if it a legitimate one or not.

In order to do that, you can ask the people you find reliable or contact the company itself.

As mentioned above, there are no proper regulations in ICO projects, so anyone who intends to invest in it should be very cautious to make the right choice.

However, this absence of regulation may not be permanent. Since cryptocurrency is getting more attention day after day, the ICOs, as well, will be an essential way of fundraising.

In this way, governments will attempt to implement some legal arrangements to make initial coin offerings as reliable and transparent as IPOs.

Now that you know everything about ICO, you can better decide whether you want to give it a try or not.

As mentioned before, it does not have a reliable regulatory approval, so before taking any actions, be careful, and make sure to do enough research.

Do not forget that cryptocurrency and ICOs are just about high risk all the time.