Contemporary requirements for the creation of blockchain projects: ICO reviews 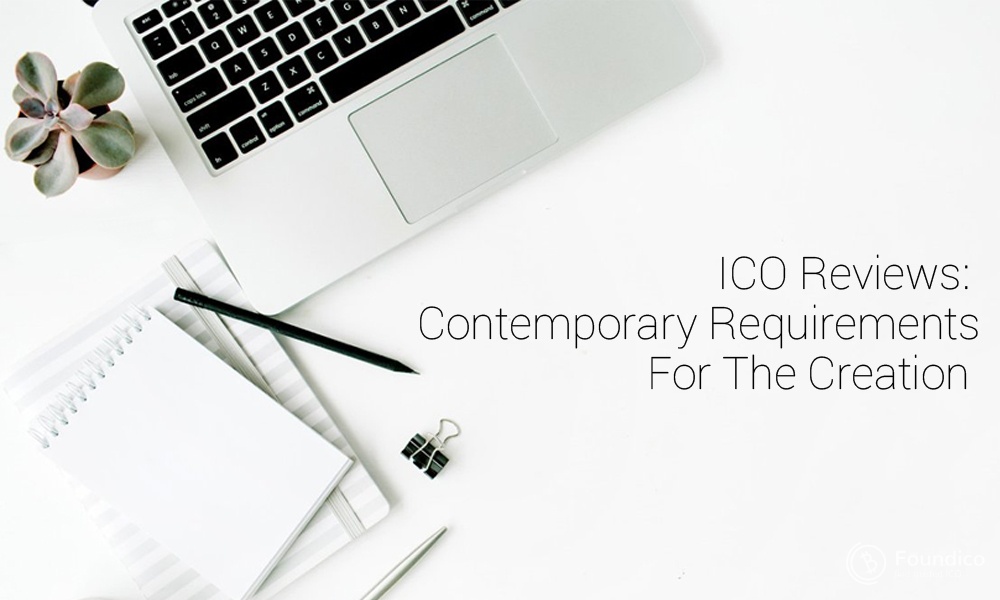 The increasing difficulties encountered with the successful execution of ICO crowdfunding programs, is largely attributed to the many instances of failed and worthless blockchain projects and tokens. Consequently, stakeholders on the digital currency front have acknowledged the importance of a remedying framework that could input some confidence on the heart of the investor, by importantly verifying to see if the upcoming projects were adequately drafted and prepared to meet good prospect standards.

Nowadays, ICO reviews seems to have taken some major preeminence as an information provision source. They are usually obtained from dedicated review service providers, who would carefully make the required analysis that an average digital currency investor may not be able to make. This is also a reason why ICO reviews would continue to reasonably influence public decisions on what blockchain projects to invest in.

ICO reviews are basically outlined guides that give almost extensive information about the concerned ICO. Such information to gather from an ideal ICO review, includes the individual ICO’s financial aims (hard and soft caps), schedules for airdrop and bounty distributions, how investors can invest in the project, and most importantly an overview of the supposed relevance and purposes of the project- the very reasons for its creation and why it would be of benefit to members of the public.

Depending on the ICO review agent or platform, there are some determined criteria that are used in arriving at an overall rating- which is usually assigned to every reviewed ICO. It is important for an ICO project to hit the green marks- which are ratings over average before they can pass. An ICO with ratings below average must have defaulted in fulfilling many of the basic requirements that could have made it stand safe for the prospective investor.

Factors considered in an ICO review includes the following:

The significance of presenting adequate information about the intending project, cannot be overemphasized. In fact, this is one of the very first indicators that could signal the authenticity (or otherwise), of the ICO project. Any detailed ICO review would take this to consideration, and any project that has earned a high rating must also have passed out adequate information about its activities.

The information should be contained in a project white paper and must include information mentioning the project’s implementation roadmap, revenue distribution, relevance and prospects of the project, amongst other useful information.

Any intending ICO without a detailed whitepaper, would not pass as a good recommendation for potential investors. This is because the information issued out, helps the investors decide if they would like to invest in such the project, or not.

Another feature that contributes to the overall scores on an ICO review, is the amount of team member information and verification links that is made available to the public. One of the ways scam ICO projects have thrived and swindled unsuspecting investors, is when they deliberately keep away their team member information from a public probe. Lack of information on the activities and antecedents of the members on board an ICO project could be the disqualifying traits for such projects.

ICO reviews would ideally consider the project team members for an ICO; what information on their discipline, job, location, etcetera is open to the public, amongst other related indices. It should also consider what skills they have, that commensurate with their declared projects.

Nowadays, transparency in ICO execution has a lot to do with the project’s level of social engagement. It is believed that a truly prospective project with a feasible and refined framework, would seek avenues of communicating its intentions and solutions to as many as are willing to inquire. In a situation where there are no avenues for interactive discussions, members of the public with germane questions about the project, would not be able to communicate same.

Hence, before you settle down for an ICO project, it is most very important that you ensure that there are adequate social communication routes where information are being passed across from time to time.

The use of Telegram channels, Bitcointalk, Twitter, and a number of other social media platforms, has created an ease of interaction for ICO projects that want to leverage on these solutions.

Why the prospective investor should follow ICO review guidelines

If you’re new to cryptocurrency (especially ICO) investing, then you may need to understand the fact that not every hyped blockchain projects, are actually going to hit a high acceptable hallmark. Note that desired prospects in an ICO project does not strictly reside in how much advertisements and publicity stunts, the project management team can implement. There are more critical intrinsic factors that must be considered if the investor would not entirely lose their funds, or have returns of highly diminished value.

Now, since one of the significant demerits of ICO start-ups is the fact that no standard legal regulations are guiding their creation and operation, ICO reviews remain a very effective proactive tool for safeguarding investors’ tendencies to make the right choice of ICO investments. After all, their decisions are considered most important- especially in light of the absence of an established ICO ombudsman.

Furthermore, since most ICO projects are start-ups – without a functioning business and/or investment model yet, it becomes essentially important to have an assessment that is comprehensive and convincing enough. This is why the newbie investor- who is almost totally ignorant of how these things work, would find such ICO project outlined information, very essential.

Lastly, as much as ICO review websites are always prompt to put up reviews and ratings for hundreds of ICOs, it is important that the intending investor becomes well decided on the format types of ICO projects they are willing to participate in. This would streamline the hundreds of different options into a more directed choice, which would consequently prove more fulfilling for the investor.