Identifying the types of ICO tokens 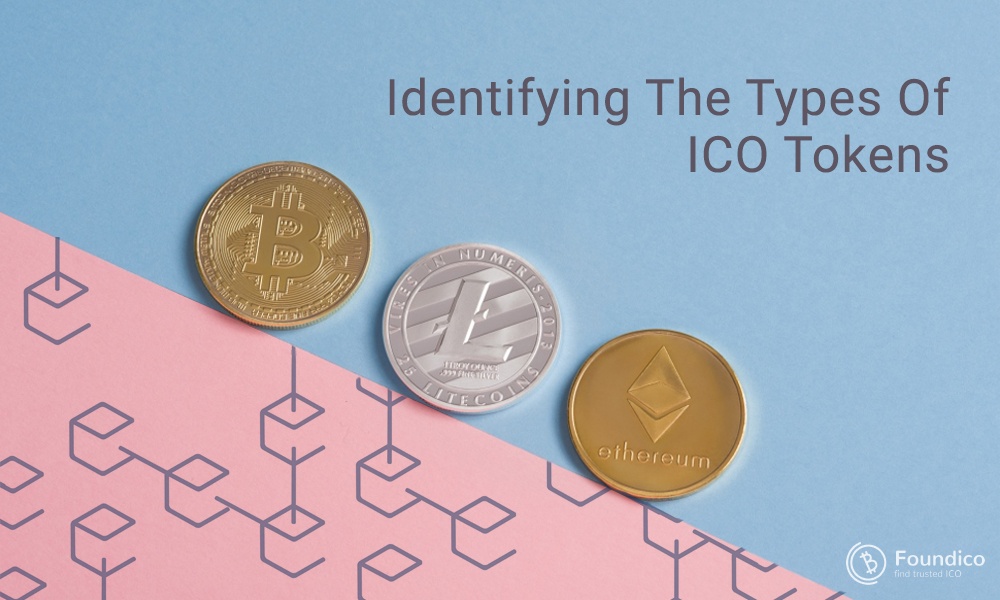 There have been a lot of excitement surrounding the use of different cryptocurrency tokens, for different blockchain inclined projects. However, many investors on the digital currency scene are not yet conversant with the difference in function, purpose, and value of the different token type that there are. While most token ICO would readily hype their individual tokens before and during the crowdfund sales, only a few would go on to sufficiently clarify and classify their tokens on a format that is easy for the everyday investor to understand.

Now, the importance of token ICO classifications cannot be overemphasized, because it defines the objectives and benefits of the tokens to the holders of it. Hence, it helps them have a more detailed estimate of what the token’s prospects are, and consequently what to expect (or not to expect). What this means in essence, is that a token type could be an important factor that determines the overall tendency of the particular digital transaction tool.

What then are the different ICO token types?

In order to derive optimum profitability from a cryptocurrency ICO project investment, it is essential that the intending investor is able to carry out a predetermined assessment of the key interaction between the component token and the project itself.

Note that while there are yet no universally agreed classifications for cryptocurrency tokens, there is still an acknowledged grouping that adequately brings ease to identifying token types. More so, the security exchange commission (SEC), and the Swiss financial market supervisory authority (FINMA), have set efforts in motion, in a bid to render the much needed assistance to members of the public.

According to prevailing individual classifications presented by each of the regulating bodies (but which are substantially similar), ICO tokens can be classified into the following distinct classes.

· Security tokens (referred to as asset tokens by the FINMA)

Security tokens refer to digital currencies that have been created with an intent of providing profitability for the holders- in the long or short run. Usually, they authenticate claims or ownership to certain estimated proportions of tangible value.

Companies that issue out asset tokens, do so in a bid to raise funds for a business model- from where the profits would be generated. Hence, investing persons can be rightly referred to as stakeholders who have become entitled to a share of the accrued business profits.

In cryptocurrency ICO, Security tokens may be issued out by an already existing company that has only adopted the tokenization framework. For instance, companies in transport and logistics, hospitality, fashion, entertainment etcetera could decide to open offer for willing investors to invest into the company’s activities- by buying quantities of its issued tokens. In situations like this, the tokens are an asset (security) that shows the holder’s legitimacy to lay claims on the company’s profits (although most times, not backed up by any judicial law).

An added advantage to this type of arrangement, is the fact that the issuing company could have also stipulated basic returns, which guarantees the investor of making profits- all things being equal.

On another hand, security tokens in ICO distribution could be for startup businesses, who needs to raise germane capital for their kickoff. This type of security token is not substantially determined in value, unlike the ones that already have an existing business model. In fact, such security token models as this, have been characterized by inadequacies over time, and the greater incidences of failed ICO projects and scams, have found their lot on this divide. These are the reasons for adopted stringent efforts such as ICO review, ICO escrow services, etcetera that have been incorporated as a means of restoring some confidence in the startup blockchain project.

However, this does not imply that there haven’t been impressive outcomes recorded for security tokens that were issued by startup projects. ICO projects with reasonable roadmaps and solution ingenuity, have been able to meet the marks in terms of funding.

These type of tokens are the earliest forms of tokens that exist. Payment tokens are created with an intent to use them as tools for facilitating improved payment solutions between persons and businesses. They are synonymous to the regular fiat currencies, except for the facts that they are operated on a decentralized framework that is devoid of third party interference.

Investment in this type of tokens, should not be considered much of an investment because there are no business profitability routes in their basic operations. However, they may experience price surges depending on their adoption and use.

This is another category of ICO tokens, which many everyday investors may confuse for some other - like the security tokens. Utility tokens are tokens that would only grant the holders of it, access to stipulated goods and service provided by the issuing companies. This means payment for such goods and services, would be made using these tokens, while the tokens would not be recognized as a payment solution in other platforms (as in payment tokens).

As much as every ICO token comes as a potential success, it is important for intending investors to make the adequate finding out, and to decide on the type of tokens they would like to invest in. This would remove the many instances of disappointment that have trailed unguided investments in digital currency programs.

Firstly, experienced ICO investors and experts are likely to suggest investment priority for security tokens. This is expected, since the tokens are backed up by a project that would be expected to carry some profitability tendencies. And since investments are basically carried out with profits in mind, this may actually be the best option for ICO investors.

Now, depending on the ingenuity and relevance of intending projects, utility tokens may also be a great avenue to invest in. The ultimate effects would culminate into some form of profits, if the underlying projects are able to achieve unprecedented successes.

Payment tokens project the fundamental objective of cryptocurrency invention, and this may be a good reason to plough in some support. However, to be on a safer side, investors must not focus on leveraging on financial profit yielding results, as a primary goal.

On the overall, investment in ICO tokens must be carefully implemented irrespective of what type of token is involved. All reasonable indices, such as the project details as contained in the white paper, must be well scrutinized before a decision is made.