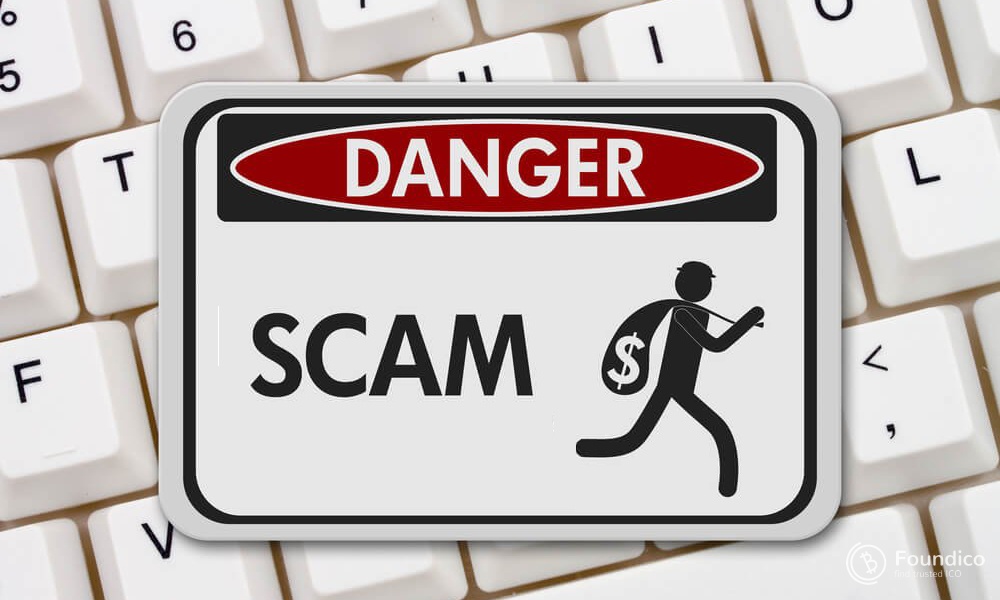 INITIAL COIN OFFERINGS POPULARLY KNOWN AS ICO is in so many ways similar to public coin offering PCO. As the world continues to advance digitally ICOs, in the same way, continue to gain momentum in the digital market. The major difference between an Initial coin offering and a public coin offering is that ICO lacks regulation, they do not have to go through the difficult or tasking process of fundraising offered by banks, stock exchange or venture capitalist.

As ICO keeps growing in number and making waves in the digital market, so also there is an increase of fraudsters whose only intentions are to scam investors who are ignorant of their activities. Fraudulent activities cannot be totally eradicated but conscious efforts can be made to check and differentiate a genuine ICO and one who is out defrauding innocent investors of their money. Identifying an ICO with fraudulent intentions is not too difficult a thing to do but at the same time, it could be if you don’t know what makes an ICO be genuine or what makes it fake. These fraudsters think nothing of you than to take your money and make it theirs.

While looking for the best ICO to invest, be conscious of the fact that many fraudsters who are on the lookout for ways to grab quick cash for themselves.

There are a few tips which can be considered important when choosing the best ICO investment to engage in.

It is wise to note that these tips are not sacrosanct or the most perfect in ascertaining the credibility of an ICO project but a form of precautionary steps to be taken before going into any form of investment.

1. Offers that too good to be true: be wary of ice projects that claim to you will be receiving a very high investment return with no risks attached. You need to have detailed knowledge of their goals and mode of the operand, how do they plan to use the found in achieving their set goal.

2. Unidentifiable founders: authentic ICO project will list the names and profiles of their founders and their pictures so that a tending investor can look them up on social sites. Fraudsters will put up names of people who are not even related to them in any way. Take time to do a research on who their member is. A nice site to do the research is on empire token website, look up their names and profiles and try searching for them on Google search, if you find out that this person is not on any social sites and no details can be found on them that is a good sign that you should walk away from such investments.

3. How credible are the founders: Having identified the founders it is also wise to know how credible the founders are, if the founder has been in the market for a while you should probably find out from the community if they are worthy enough to transact with.

4. Where there is pressure to invest as soon as possible: take time to research on every icon project you intend to invest in before handing your money over to the wrong set. Genuine and authentic ICO will give you ample time to find out about them and so to understand what you are about embarking on. On the other hand, Fraudsters will mount pressure on you to invest as soon as possible so they can make a dash with your investment.

5. Unlicensed seller: it is vital to check for the registration and licensing status of the ICO project, you can look this up is on investor.gov. Fake ICO projects involve unlicensed and unregistered sellers.

6. Ambiguous whitepaper: another vital way of checking for the authenticity of an ICO project is through its whitepaper. If the white paper is filled with a captivating word with no real definition, that is a good indicator and a sign that the project is fake and you should refrain from partnering with this kind.

7. People’s opinion: the digital market is a huge community and participants have an opinion on the best and the worst ICO. Seek the opinion of the community before you invest, genuine ICO projects will get nothing but praise from it member. You can join and get this information on FOUNDICO.

8. Incomplete roadmap: ICO roadmap shows the detail of what has traversed in their past activities and what plans they have for the future. Fraudulent projects have an incomplete roadmap and also lack details of their previous financial activities.

10. Look out for plagiarism: ICO projects are usually different and there can hardly be any two projects that are the same. Endeavour to search online and make sure that the opportunity they are offering has not been used in other projects.

11. Compromise Escrow: this is a service that holds coin for its customer, pending when a deal is completed. As soon as the deal is complete they release the fund to the vendor but if the deal was aborted the money will be returned to the client. Check to know if the project is using a good Escrow service otherwise it might be a sign that the project is a fake.

In the end, we should keep in mind that no matter how watchful we become, there are always con men who are capable of outsmarting the smartest among us, however as the digital market progresses, frauds and scams will be minimized and may even be totally wiped out.